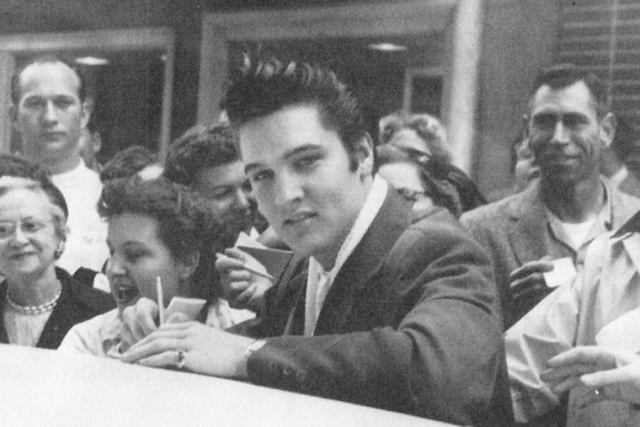 Darren was as little prepared for the awesomely frightening nuclear display as Jimmy had been. Star Black had actually taken it best, although her comment when they got down from the mountain neither understood “I don’t understand what’s such a big deal about it, after all, it was just a big light show.” The ‘light show’ had gone on for nearly half an hour, the city lights of all Honolulu going out, as if with the coming dawn but not from that at all. That there had been no sound from the event made the whole experience of witnessing it more than a bit eerie.

Somehow, however, Star, likely because of her forcing herself upon them and the bonding effect of experiencing the unnatural light show together, had inadvertently become a de facto part of their group. The boys’ very mild and passing comment about making their regular climb they’d already planned for the following Sunday had not gone unnoticed either.

“Sunday. What time?” Star asked as they made their way back along the Ewa, or western, lip of the crater. Star Black showed about the same level of fear over crossing the ‘iron anvil’ part of their passage as Jimmy did, both crossing without shimmying over like Darren was always forced to do…

“Ten,” Jimmy replied, not looking at Darren as they walked, and therefore not giving him an opportunity to offer a reasonable argument against the aggressive girl’s attendance.

They climbed down the mountainside into the back portion of the Cannon Club, leaving Star to move toward the pool. After that they both went toward Darren’s house, located at the very back of Fort Ruger, befitting his father’s relatively low status of warrant officer. Whereas Jimmy’s father, a major in the Army, thought of Darren’s dad’s warrant rank as being the best rank of both worlds. Darren’s dad believed the designation was not ‘real’ at all, in the extremely rigid rank structure of the military, but only made up to keep certain experts in the service at higher pay than enlisted schedules allowed. Warrant officers escaped criticism for most things regular officers would receive as a matter of daily or weekly assignments. Warrant officers didn’t command, they simply performed analytical duties.

“Is she going to be coming every Sunday?” Darren asked his friend, as they approached the house, his dismal tone betraying his feelings about the idea.

“I don’t know,” Jimmy replied. “The world is changing. Life is changing. We both just watched it with our own eyes. Maybe we need to, or are going to be required to, change along with it.” Jimmy didn’t look at Darren as they arrived at his house.

It was unlike his friend to be anything but bright and bubbly, which caused Darren to exercise more care in talking to him than he normally would.

“Life is changing but we don’t have to change too quickly,” Darren said, after a few silent moments. “We’ll both be in college soon. I got accepted at St. Norbert in Wisconsin,” Darren went on, wondering why the information he’d been carrying excitedly since the day before seemed so mundane in light of what they’d just witnessed in the sky, the attachment of

Star Black to them as something of a superior friend, and the unspoken fact that they would soon be parting, perhaps never to see one another again.

“You got in?” Jimmy gasped out. “You? With your dunce cap grades? You got into a top-rated liberal arts college? How did you pull that off?”

Jimmy’s mouth hung open in surprise after saying the words, his eyes round with wonder.

“My uncle’s head of the music department,” Darren replied, “He got me in. I have to work three jobs to pay tuition, though. I only saved enough of the money to get me in for the first semester, and what I’ve got left after that won’t last long. I’ll be washing dishes, running the switchboard and then cleaning sidewalks and parking lots.”

“You’re going to college on the Mainland. There’s no justice in the universe,” Jimmy said, his mood worsening, even though that didn’t seem possible.

For some reason, the stunning display of being able to witness the effects of a nuclear explosion hadn’t affected Jimmy in any way Darren might have been able to predict.

“Gee, thanks for the encouragement and support,” Darren replied, his own mood sinking nearly to the low level of his friends.

“That’s not it, and you know it,” Jimmy said. “Mom won’t let me leave the island, at least not without her leaving too. Dad won’t pay the money, although I can get a scholarship almost anywhere if I apply. I still have to pay for books and junk, though and I don’t have a job like yours. The University of Hawaii isn’t accredited yet. They’re working on it. I have to go to an unaccredited college. Unaccredited, maybe never to be accredited. I’m happy for you though, and I hope your Dad is okay.”

Darren winced at the mention of his father. There would be no way to know what had happened out under that fireball until somebody either called or he came home aboard the ship he’d left on if there still was a ship at all.

“Well, I do have some good news that’ll make you smile,” Darren said, as they began to walk together to the back of the residence.

“Anything and I mean anything,” Jimmy said, not looking at all like anything could cheer him up.

“Last year I took Judy Levy to the prom. She wants to go steady. I didn’t answer her but I’m invited to her house on Saturday morning. She said you can come along,” Darren offered.

“Why would I want to go to her place, other than the fact that she has those big, well, you know, and she goes to Punahou, not Maryknoll. How do you, of all people, know her. She’s taller than Star and you’re…” Jimmy didn’t finish the sentence.

Darren let the unspoken slight about his just a little over five-foot height go without comment. “She likes my military uniform, and Maryknoll puts on these formal military balls all the time. The girls love to get a date to go to them. And Saturday’s invitation has nothing to do with attending because of her stunning appearance. Her sister’s even prettier and was runner-up in the Miss Hawaii contest. She’s dating the star of a movie filming out here called “Girls, Girls, Girls.”

“Big deal,” Jimmy sighed out, his tone acidic. “A movie star. Really. That’s supposed to cheer me up? You’re losing it. I’d rather attend one of my mom’s church socials. At least I get to play the organ for those. “

Darren reflected on just what a musical genius Jimmy really was. He could play more instruments than Darren cared to count.

“I suppose you’re right,” Darren responded, making his tone as casual as he could. “The rays from the nuclear explosion affected me, like the bite affected Spiderman. Don’t you want to know who the star is?”

Jimmy didn’t reply, instead of turning to make his way onto the cheap wooden porch that lined the back of the Army housing quarters. It’s full view of the Koko head crater and Hawaii Kai in the distance ignored by almost anyone using the porch, including the boys.

“Elvis Presley,” Darren whispered, almost inaudibly, then started walking quickly towards the wall surrounding the base, heading for his own home on 16th Street a few blocks away.

“Elvis,” Jimmy shouted, racing to catch Darren. “Elvis Presley? You’ve got to take me. What will I wear? Can I bring my guitar? What about Star? If I bring her she’ll be mine for sure!”

“Where? When? What should I do?” Jimmy yelled up Darren.

“Judy lives right here on the base with you. Her dad’s Colonel Levy, United States Air Force. You’ve walked by her house a dozen times, or even more. It’s the biggest house on the base.

“What time and where,” Jimmy shouted, as Darren leaped from the top of the wall to the other side.

“Ten,” Darren laughed, happy that Jimmy’s depression had been so instantly lifted. “I’ll be at your front door at ten minutes to.”

Darren heard his friend literally dance away from the other side of the wall, laughing and singing a number that Gene Kelly had sung in the movie “Dancing in the Rain.” He smiled to himself. There was some good in the universe. His smile was short-lived, however, as he thought about his dad and the stunningly huge effects that had been created by the exploding nuclear warhead. Johnson Atoll was so far away. What must the explosion have been like to those much much closer to it?

The big morning came. Darren showed up early at nine but waited outside on the back deck while Jimmy finished his chores. The brass had to be polished once a week, the wood floors scrubbed and the wash sprinkled and refrigerated for Sunday’s ironing. Both boys had similar chores although Jimmy’s Dad had never been a Chief Boatswains Mate in the Coast Guard so he was much more gentle in dispensing criticism of the work. The quarter a week Darren was paid as an allowance since he could remember had meaning but not nearly as much as the forty dollars a week he earned at the Cannon Club since his recent ‘promotion,’ from working as a dishwasher to busboy. Family tradition and hard disciplining from his parents had no bearing on his newfound income, however, except for the fact that his dad had gotten him the job in the first place.

“Thank God you didn’t bring Star,” Darren said to Jimmy as they walked the short blocks to Judy’s house.

“I tried, but she said she could care less about meeting a sleazy, low-class former southern truck driver.” Jimmy looked over at Darren when he said the words, as if in apology for anyone who could possibly describe the man he himself felt was among the greatest entertainers to ever live.

“Elvis was a truck driver? I thought that was Mario Lanza,” Darren commented, as they arrived at the front door of Judy’s house.

Jimmy didn’t answer, his full attention on the house before them.

The main door was open. Only the screen door was shut, although it was ajar. Darren remembered his instructions not to knock if the screen door was ajar, but to simply enter and proceed to the living room. Gently and quietly both boys opened the door and stood in the silent hall. They took off their flip-flops carefully, as if altar boys preparing for church service, and then crept along the polished oak floor to the opening at the far end.