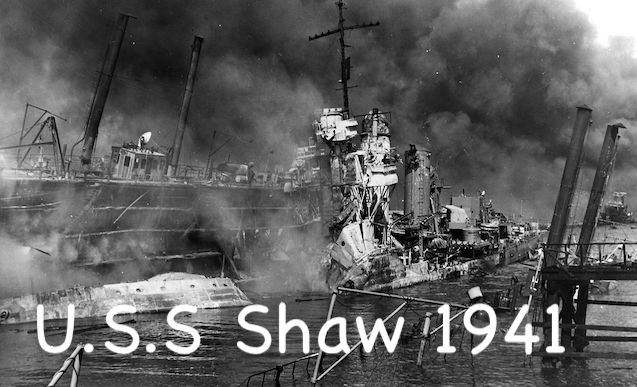 Jimmy and Darren sat in dejection on the curb in front of the Moana Hotel in downtown Waikiki. Neither Judy nor Alice had come back to the front part of the closed-off rear bar area of the lobby where Elvis was filming. Star Black had been let through without question for whatever reason, but the boys had been barred by the two big Hawaiian security guards who guarded the set area. Palm fronds surrounded the part of the lobby where the set was located. The boys couldn’t even see what was going on, or try to wave to Judy or her sister. The beach access on both sides was the same way. They’d tried, and even thought about swimming in through the surf, but to no avail. They were out, whether accidentally or on purpose, it didn’t matter.

“What are we going to do?” Darren asked Jimmy, his voice and expression glum as they watched the traffic go by on Kalakaua Boulevard.

“Well, the Duke signed the board so we don’t have to come up with two hundred dollars,” Jimmy replied. “That’s some good news, anyway.”

“We were never going to come up with two hundred dollars, and we both know it,” Darren said, the ‘good’ news not impacting upon his dark attitude at all.

“What about Pearl?” Jimmy finally said, after a few minutes.

“We take the car to Pearl, get onto McGrew Housing, head on down to the point just off Aiea Shoals and get the rowboat,” Jimmy recited, obviously working out the map of where they might go in his head as he spoke.

“What are you talking about? Darren exclaimed. “We just got tossed out off the movie set and you come up with this weird adventure or misadventure like it was the last time we tried it?”

“We weren’t tossed off the set,” Jimmy replied. “We never got on the set, and last time we got caught sneaking on the McGrew part of the base. This time we have Dad’s Corvair with an officer sticker on the windshield. They have to let us on.”

“So, if we get on, we get the rowboat, hopefully still laying there on the shore, and then what?” Darren said, diddling on the asphalt in front of him with a small piece of palm leaf that had blown out from the lobby protective fence set up around the movie set.

“We finally get to explore the bow of that ship left there, one of the heroic destroyers of the war, and anything else we might find leftover from the attack,” Jimmy replied, excitement evident in every word he spoke.

“The U.S.S. Shaw,” Darren intoned, well acquainted with every bit of every wreck still littering the shores among the main branches and lochs of Pearl Harbor, “And the Shaw never fought at all during the attack or later on when it was raised and then the rest of the ship sent off to Asia somewhere.”

“That’s not the point,” Jimmy gushed out, coming to his feet, as if ready to go.

“What exactly is the point then,” Darren asked, not moving from his seated spot on the curb or looking up to meet the eyes of his friend.

“What?” Darren said, finally looking up with round eyes at his obviously insane friend.

“We get something off the wreck, like the ship’s compass or something, and then we get it to Judy, who gets it to Alice, who gives it to Elvis and then we’re back in,” Jimmy recited as if he’d prepared the whole speech earlier.

“How do we know, if that series of impossible transfers actually takes place, that Elvis would care or appreciate what we gave him, and besides, there’s only the bow of that ship left there, forward of the bridge where the compass would have been.”

“We don’t know, but we don’t have to,” Jimmy said. “We don’t care about the compass, we’ll find something and at least we’ll have a plan, other than you giving Judy one of your class pictures and her putting it up on her mirror.”

Darren came to his feet and stared at his friend, his expression serious and his eyes unblinking.

“You think it was that?” he asked the other boy. “You think she’d be that rotten and cold, to do a thing like that to us? Not the Judy I know, not over a stupid picture she’d just tape to her mirror, like the others.”

“You’ve got a lot to learn about beautiful women, I think,” Dorrenbacher replied. “Now, have you got a better plan?”

“I don’t like your conclusion about this and I sure don’t believe you know anything about beautiful women. I’ve never seen you with any women except your Mom.”

“It’s logic, simple logic,” Jimmy replied. “Are you coming, or do I have to do this myself?

“You can’t row a boat decently and you don’t know where the wreck is exactly, not like it’s laying right there on the shore,” Darren said. “But okay, it’s a plan and it beats waiting out here for everyone to come out and laugh at us.”

The got in the Corvair, the Corsa’s little six-cylinder engine firing up with a whining roar, making the car sound more like a small jet aircraft on the ground instead of the sub-compact vehicle it really was.

Dorrenbacher rocketed the car out into the traffic and then all the way to the left lane of Waikiki’s main street.

“What if the row boat’s not there?” Darren yelled over the sound of the air rushing over and around the convertible’s windshield, as the Spyder continued to accelerate.

“So what,” Jimmy yelled back, his eyes never leaving the road ahead, bobbing and weaving the car through the traffic like the other cars were standing still and waiting for him to do exactly that. “We’ll think of something, we always do.”

“I have to be at the club at three to get ready to go to work,” Darren said, his voice quieter as if he was talking to himself.

“Your new best friend, Wu, will cover for you if you’re a bit late,” Jimmy replied, heading the vehicle up Montserrat toward the entrance to H-1, the expressway that would take them straight to Pearl Harbor in minutes.

“What if Judy remembers and comes out to get us?” Darren intoned, regretting his decision to go along with his friend.

“She’s not coming out, not until you produce one of your pictures, so stop being a blockhead,” Jimmy said, laughing, before accelerating hard onto H’1’s onramp. “Elvis belongs to her and her sister and they will use him to whatever advantage they can.”

“I don’t think this thing was made to go over eighty miles an hour,” Darren complained, hold onto the side of the door and his seat for all he was worth.

“Not a problem,” Jimmy replied, “We’re going ninety-three, as fast as it will go without getting an overdrive unit.”

McGrew was easy to reach, as the freeway exit to Pearl was passed and the sign for Aiea Heights Boulevard came into view. Jimmy swerved the convertible off onto the exit ramp and the braked hard.

The base guards were Marines. Jimmy pulled the car up to the guardhouse, where a corporal stood at parade rest, waiting for them to move far enough ahead so he could speak to the driver.

“Uh, oh,” Darren whispered, knowing there might be trouble since the Marine had not waved them through immediately after seeing the blue officer sticker glued to the driver’s side windshield.

The car stopped, its engine still whining but not objectionably so. A light smoke came up from under the car, smelling heavily of brake dust.

“You boys might want to hold the speed down when you drive through this housing area,” the corporal said, his voice stiff, adult and formal, although he didn’t appear any older than either Darren or Jimmy in age.

“Yes, sir,” Jimmy replied, using just as serious a tone as the Marine.

“I’m not a ‘sir,’ sir,” the Marine replied, “I’m a corporal.” With that, the corporal saluted stiffly, quickly followed by the two other Marines standing nearby.

Jimmy looked at the saluting Marines but did not drive forward.

Once they were on the base housing main road and headed down toward the water, Jimmy slowed the Corvair to a crawl.

“Whew,” Jimmy said. “I thought for sure they’d ask us what we were doing here.

“They can’t,” Darren replied, “unless they saw us as a security threat. As far as their concerned we are officers, and officer’s families count the same.”

The rowboat was laying upside down on the shore like Darren had seen it many weeks before when his dad had toured him through the whole of Pearl Harbor for maybe the fortieth time. His dad had delivered the same explanation for each wreck and what had happened each moment during the attack on that day so many years in the past. Darren wanted him to simply make a tape of the speech so he would not have listen to the presentation time after time, and he would then be able to turn the volume down. But his dad was nobody to be messed with. He had no sense of humor and his own Coast Guard service during the attack was never discussed. His father had once told him, drunkenly, that he’d been a Seaman First Class aboard the only Coast Guard ship (the Kukui) present in the harbor during the attack. One of dad’s responsibilities was to maintain the ship’s weapon system. The only weapon the ship had was a .50 caliber machine gun located near the very stern of the vessel. On the morning of the attack, the Kukui had sailed for the harbor entrance, but when the canvas was pulled from the weapon, in order to bring the machine gun into action, the gun was completely rusted and unusable. His dad was never written up for negligence, but he and the Kukui crew, had to sit on their ship, and successfully escape to a position just outside the harbor, and watch all the other ships being attacked, and sunk at their moorings inside the harbor.

The boys tipped the rowboat over, to find both oars underneath. Someone had written “Ahab” with white spray paint along the stern of the craft.

“What’s an Ahab?” Darren asked of his friend, as they shoved off to head for the wreck located not far across the bay near Ford Island.

“Captain Ahab,” Dorrenbacher replied, sitting near the stern of the boat, as Darren pulled on both oars, centering it until it was pointed directly at the looming island across the narrow bay water.

“Oh,” Darren said, between strokes. “Moby Dick, the whale thing,” he went on. “What happened to Captain Ahab in that book?”

“He died,” Jimmy replied, with a big smile. “He went down with the whale.”