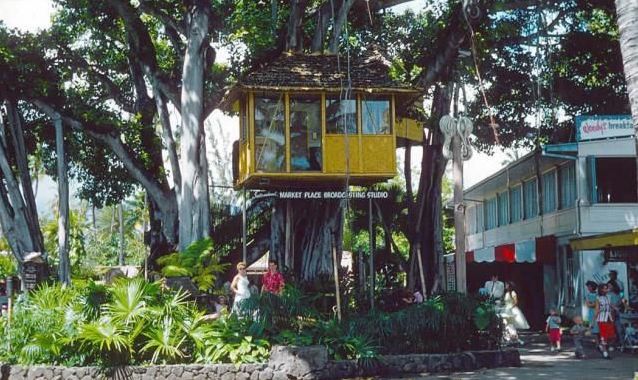 Darren followed Star into the home, expecting a party atmosphere, or to hear Elvis singing off in some corner of the living room like had been the case the previous time he’d met him. But there was none of that. Instead, once he made the turn from the hall into the living room, there was a nearly silent collection of people filling every seat available. There was only one person talking, and that was the Colonel. He looked up briefly when Darren, Star, and Jimmy edged their way through the opening leading in from the hall.

Mrs. Levy got up and walked across the room when she saw them. “Elvis isn’t here,” she needlessly whispered over her shoulder, as she led the three of them into the kitchen.

“When’s he coming?” Jimmy asked, trying not to disturb any of the covered dishes that had taken over every exposed surface of the counters and center butcher block table.

“That’s the thing,” Mrs. Levy replied, stopping to turn and face them. “He’s maybe coming or not coming at all, according to the Colonel. Apparently, he’s a bit tied up with some contractual discussions back in Hollywood over the rights to some of his songs.”

“Contractual rights and his manager is attending this party while that’s going on? Star asked. “What’s wrong with this story…it sounds all wrong?”

“I don’t know what to say,” Mrs. Levy said, her voice low and contrite. “I don’t have much idea of how all of what they do works. The Colonel is explaining it as best he can, I think if you want to go back in there and talk to him.

“What’s the point of that?” Darren asked his tone one of despondence.

“He’s made sure that Elvis won’t be coming and that probably extends to the party at the club too.”

“It’s not over until it’s over,” Star replied, “but you’re right about this not being the place or time. Let’s go outside and wait. Out there, with the car and the driver, is the place and when he has to come out of the house is the time.”

“Can’t we just find out what hotel Elvis himself is staying in and then go to his room?” Jimmy asked.

“He’s not staying in a hotel,” Star replied.

“He’s staying in a motor home parked down in the underground garage of the Outrigger Hotel by the beach, and he’s got hotel security at his door at all times, day and night,” Star recited as if she was some sort of expert on the whereabouts of the visiting movie star.

“Can’t we go there and just wait until he comes out?” Jimmy asked.

“It’s private property under there,” Darren added. “All security will do is call the cops and have us escorted off the premises and then the hotel will ban us from the grounds forever.”

“He gets up every morning at five-thirty, goes for a walk alone on the beach, and then heads over to the Rock Island Café across Kalakaua,” Star said. “Paul, the owner, serves his two eggs, sunny side up, with bacon and two scoops of steamed sushi rice, every morning. Elvis then walks back to the Outrigger and the motor home to get ready for his day.”

“What about just leaving and waiting out by the car for the Colonel?” Mrs. Levy asked, “not that I want you to leave at all, but with Elvis not coming the whole dinner thing doesn’t really work.”

“The Colonel isn’t Elvis, and Elvis isn’t here because of him,” Darren said. “If he has anything to say about it, we’ll never see Elvis again in this life. He gave me fifty dollars as a tip to pay me off at the club last night, and he wasn’t even supposed to be at the club.”

“If Elvis is able to walk the streets alone early in the morning, which I’m surprised at, then it makes sense to reach him along that route or even at the restaurant on Kalakaua,” Star concluded. “Waiting at the car for the Colonel just makes us servants to be dismissed, once again.”

Without another word, Star turned and headed for the front door. Jimmy followed her down the hall but stopped at the swinging door to hold it open, before turning to wait for Darren.

“I tried, really, I tried hard, but I can’t fight that man,” Mrs. Levy replied, her voice fading to a whisper.  “He knows things and I can’t afford to have my husband hurt. And my daughter doesn’t know she’ll probably never see Elvis again once he leaves the island.”

Darren suddenly realized why Mrs. Levy seemed too vulnerable every time he met with her. Her oldest daughter was extremely beautiful but not very smart at all, while her other daughter was smart but strange in so many ways. Her husband was simply not there most of the time, but the key in maintaining the stature and income of the family.

“I can’t tell you how much I appreciate all you’ve done,” Darren said, it suddenly coming to him that he was way out of his league as a therapist for the woman, or being the son, she’d always wanted, or even remaining in contact with the family as Judy moved on and away from him.

“I hope the party can still go on, and I’ll stop by to keep you posted during the next week leading up to it.”

“You’re living a life of adventure, even at your young age, and it’s enjoyable to me to be along for the ride, sort of,” Mrs. Levy replied, walking straight into Darren and wrapping her arms around him.

She hugged him deeply for a few seconds, a hug like Darren had never gotten from his own mother in the totality of his life, before stepping back and releasing him. It was like she was saying goodbye, he felt. She let him go and then turned and went back into the living room to join the Colonel and the others.

Darren walked down the hall, feeling like he was leaving the house for the last time. As he passed Jimmy, his friend whispered softly.

“You look like you’re coming from a funeral home,” he said.

Darren didn’t reply, instead headed for the waiting convertible wherein Star already occupied the front passenger seat. Darren climbed into the back. Jimmy opened the door and sat in the driver’s seat but made no move to start the Corvair’s engine.

“Wouldn’t it be funny now, if this thing doesn’t start?” he laughed.

Neither Darren nor Star responded in kind. Jimmy quieted and silence settled over the convertible like a small cloud. Darren reflected on the series of failures they’d suffered ever since engaging in their effort to somehow get back into the magnetosphere surrounding the big rock star. He knew he was taking those failures too seriously, but he also knew that his investment in pursuing the situation had put him solely at risk in several areas. He’d lost his girlfriend, even though that didn’t seem so bad in true reflection. He was about to lose his job, although he was leaving shortly for college anyway and had his first-year tuition, travel, boarding, and book expenses pretty much covered. And then there was the elusively promised four-hundred-and-twenty-dollars Cross had promised if he delivered.

Darren was about to reply that it wouldn’t be funny at all, but before he could comment Jimmy turned the key and the Spyder fired right up.

“Where to, oh great commander of the night,” Jimmy laughed out as he pulled away from the curb under maximum acceleration in first gear.

The independently sprung rear suspension, weighed down by the engine mounted at the back of the chassis, squatted but the tires did not squeal. Darren looked over to see the driver of the Colonel’s Bentley stop polishing the over-polished surface of the car’s hood to stare at them as they went by.

“Star?” Jimmy asked, pushing his head forward so he could be heard over the whine of fast-passing air and the rising and dropping roar of the engine as Jimmy went happily through the gears.

“I’m all in,” Star replied, without turning her head.

Darren slipped back a bit, considering the strangeness of Star Black. With only three words she let on that she understood that Darren didn’t want to go home and was considering having Jimmy take them somewhere else. She was agreeing to the conclusion she’d come to about the situation with almost no evidence at all. Star was hard to like for him, he’d realized early on, but her ability to see right to the heart of situations and problems and then come to nearly instant conclusions that were almost invariably correct astounded him. On top of her analysis and decision, she’d also managed to ‘hit the ball’ directly back at him as to where they might go and what they might do.

Darren wanted badly to ask Jimmy but couldn’t do it. Star was forcing him to decide and he couldn’t avoid doing that without feeling like a coward. He pushed himself into the seat in frustration, watching Star’s black flowing hair waft all around her head as the Corvair moved faster down Monsarrat toward Waikiki. Darren was coming to understand, he realized, what a love/hate relationship was really like.