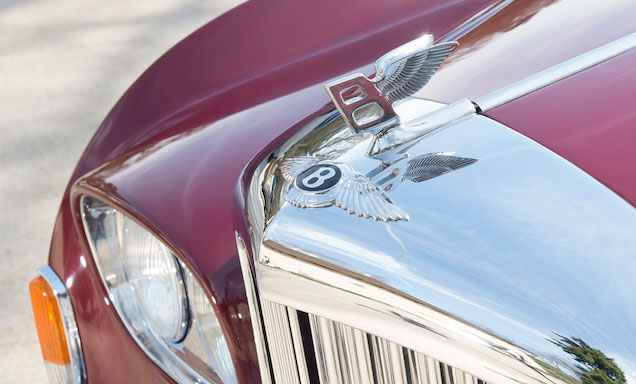 Darren staggered out from the breakfast, his face so white that Henrietta ran after him to make sure he was okay.

“You Haole boy, but you okay,” she said when he stopped briefly to respond to the grip she had on his left forearm.  “Your mom Irene.  She tough Haole so you must be tough too.  Duke is good man but caught in circle that’s kapu, keep out, no go there.”

She let go of his arm, and Darren immediately headed for the Moana lobby without answering her.  Half of what she’d said he could not understand, her pidgin English so bad as to make her words nearly incomprehensible, even after the years he’d spent on the island.

Jimmy and Star followed in trace behind him.  Once Darren got to the Corvair he leaped into its rear seat and then collapsed, nearly into a ball in the seat’s passenger side corner.

“I’m just a kid,” Darren said to no one in particular.  “I don’t understand what’s happening or how it came to happen.  How can I be responsible and ‘take credit’ for Elvis not showing up?  Nobody cares or even really knows about me.  I don’t matter, or at least I shouldn’t matter.  I’m in so much trouble.”

Jimmy and Star got into the car, each using a door instead of climbing over the side as Darren had.  Jimmy didn’t start the Spyder though.

“You’re not in trouble, at least not yet,” Star said, twisting around to face Darren.  “The Duke’s in trouble, somehow, or soon may be.  He put way too much energy and reputation into this Elvis party, although we don’t know and aren’t going to know much about that.”

“My dad and Jimmy’s dad and the ‘nefarious men’ we know?” Darren asked back as if he hadn’t heard a word Star said.

“We’re still considered just kids to all of them, so don’t forget that,” Star replied, turning back around in her seat to face the dash. “The Duke talked to you like an adult.  That’s both good and bad.  He thinks more of you than he should, and your ability to influence the other adults around you is extremely limited.”

“Well, Darren’s managed to get almost complete control of both Wu and Cross, and he’s met Elvis and nearly made love to Judy’s mother,” Jimmy said.

Darren groaned, knowing his friend was kidding him about Mrs. Levy, but he also knew that Jimmy might not be far from the mark.  Mrs. Levy was an unknown, just as so much of what had happened since the strange surprise meeting they’d had at the Levy home when Elvis was there.

“So, what do we do now?” Darren asked, getting his body unwound and sitting up straight in the center of the bench back seat.

“You’ve got just over a week to make this thing happen,” Star replied.

Darren looked at the back of her head.  She’d been using ‘we’ for quite some time about the whole Elvis affair, but now she was backing the conversation down to whatever it was Darren was going to do.

Jimmy started the Corvair, and it fired right up.  “We’ve got the whole day ahead of us to come up with something,” Jimmy said, turning the Corvair out into the light traffic on Kalakaua.

Diamond Head was straight in front of them.  He headed the car right at it, not taking the left turn up onto Monsarrat.

Darren watched the Natatorium, the aquarium, and what few stretches of beach viewable from the road would allow flow by on his right.  For once Jimmy wasn’t driving the car above forty miles per hour.  The rise up to the Coast Guard Station at the bull back of the ridge around the mountain was behind them in seconds.  Darren’s Dad had once been stationed there when the light was still functional.  Not every kid had ever looked through a Fresnel lens bigger than he was.  The light had long ago been passed into the ages by higher technology, and the useless Fresnel lens with it.  Coast Guard Stations, especially the lighthouses, had mostly all been repurposed and a Warrant Officer Four had no place in such a station.

“It’s not Sunday, but what the heck,” Jimmy said, even the lower wind making it difficult for him to speak loud enough for Darren to hear him.

“Diamond Head it is,” he laughed, rounding the turn to head back around the Koko Head side of the mountain, the Spyder’s speed climbing back to more ‘normal’ levels.

“We climb up there, ignore that secret Army Base built inside, go around the top, and sit and listen to a radio,” Star observed, not sharing Jimmy’s enthusiasm at all.

“Got a better idea?” Darren said into her left ear, her black hair blowing all over.

“Elvis is still here, on the island,” She replied, unaccountably.

“What’s that got to do with anything?” Jimmy asked, slowing the car’s charge past the Army National Guard center.

“He’s at the very center of this whole thing,” Star added, “and he’s filming in Waikiki, and you still have Judy, hanging on by a thread, not to mention her sister and mother.”

“We go down there and stop fooling around trying to get other people to do what we might have to ourselves.”

“What do you want to bet that Lewis of Hollywood is doing everyone’s hair in this picture too,” Star said.

“What?” Darren asked, incredulously.  “My mom would have said something at home?”

“Your mom is a piece of work and, not only is she tough but when she talks she says nothing at all.  She should have been in the CIA.”

Darren leaned back into the seat, his mind working at full speed.  Could that be the truth?  It sure sounded like truth, what with the name of the shop, only a few yards away from the set being what it was.  Would the movie people really fly all kinds of hairdressers to Oahu instead of using the facility right at their doorstep?

“That means my mom, or maybe Lewis himself, could get us on the set if what you say is true and if they would,” Darren mused more to himself than to Star.

“Forget your mom, but not the part about who’s hair she occasionally does do,” Star said  “Doris Duke, just about the richest woman in the world only has your mother do her hair, and Ethel Mertz on I Love Lucy has flown your mother to the mainland many times to do hers.  But she won’t help, no matter what, so we’re not going to ask her.  Lewis doesn’t really know me, and he’d just go to your mom if you went to him directly.  No, I’ve seen the way that man looks at me and I think I might have a shot.”

“What about the rest of us?” Jimmy asked as the Corvair slowed to head back down to Monsarrat without any conclusion being come to by the three of them.

“What rest of you?” Star replied, derisively.  “It’s about the message, not the messenger.  If I can get one minute of Elvis’ time, without being pushed aside by the Colonel and any of this sycophant lackeys, then we have a chance.  Better than depending totally on Mrs. Levy.  Who knows what she’s said or will say.  I don’t trust that woman.  Her interest in you,” Star said while pointing over her shoulder’ is weird and not a good thing.”

“There’s nothing wrong with that,” Darren complained.

“It’s an indicator of trouble in other areas of her brain,” Star replied.

“Do you ever think like a regular girl?” Darren asked, shaking his head, as Jimmy guided the convertible back toward the exact spot where they’d come from in front of the Moana.

Jimmy’s favorite parking place was filled.  A great large and angular car sat in the space, it’s obviously large engine idling away.  A man with a gray coat and small naval type hat sat in the driver’s seat.  Jimmy parked the Corvair a few places away.

Jimmy walked right up to the driver’s window, which was down.  “Who’s car this and what kind of car is it?”
The man looked up and down at Jimmy but didn’t reply.  He turned to look straight ahead again.

“He’s not going to tell you,” Star said, backing toward the entrance to Lewis of Hollywood.  “The car’s a Bentley Silver Spur, or at least that’s what it says on the side of it.”

“I’ve never seen a Bentley before,” Jimmy said, awe in his voice.

“The passenger is too important for him to tell you,” Star said.

“No, more important,” Star replied.  “The Colonel is here.”

Star walked over the side of the car.

“If we were to wait here, would we have a chance of talking to the Colonel, or would we be better off going inside the beauty shop, since his Darren’s mom doe’s so many of the star’s hair on the set.”  She patted Darren on the arm as she spoke, producing the biggest smile he’d ever see cross her features.

“Ten minutes,” the man said, looking around like he was giving away a state secret.  “He’s always punctual.”

Star led us a short distance away from the Bentley, closer to the main entrance to the Moana.

“We may, be approaching this all the wrong way,” Star said when they were far enough away from everyone for no one to overhear.

“You lied to that guy,” Darren said, spewing the words out with a tone of righteousness.

“Maybe, maybe not,” Star replied.  “If the Colonel will give us the time of day, and if the Colonel is the total manager of Elvis, then this might be just exactly the man to get this thing done for certain.  I have a feeling that Elvis escapes his control from time to time, like showing up at the Levy house, but not often.  The man has piloted this small-time southern truck driver into the biggest thing since Jesus walked the earth.”

Enjoy Hawaii as a location for a good read?
Read the Adventure of top CIA Agent, Arch Patton 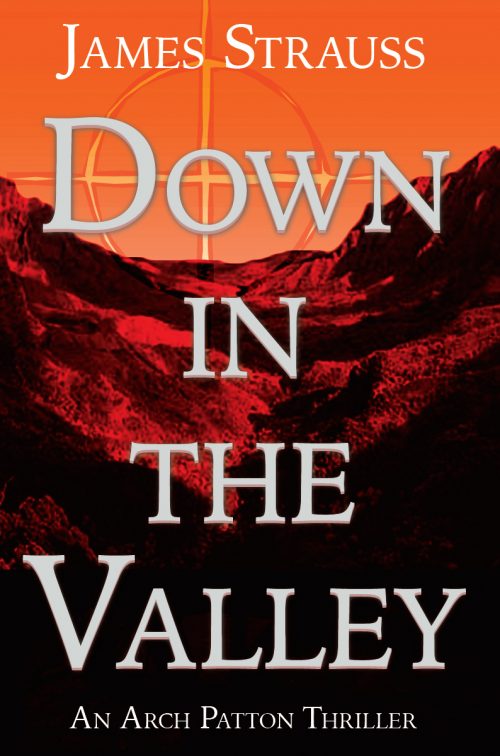