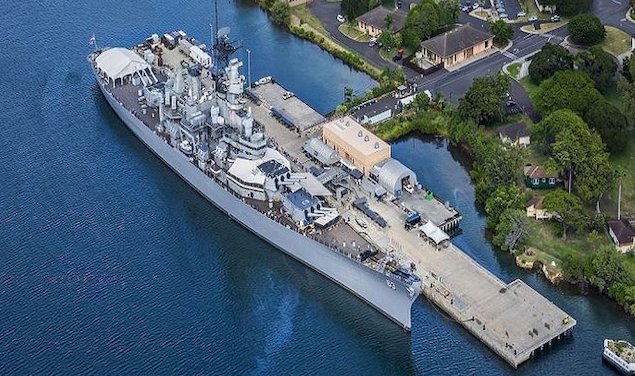 Darren’s father was in a rage by the time he got home from work.  The rages were all founded upon the same squishy ground.  Bacardi Light was the name of the ground.

“Who’s this Kahanamoku character?” his father had started with.

Darren was a young master of the communications game with his dad, however, so he went into defensive mode without even thinking about it.

“Who?” he answered, his voice soft and gentle as if speaking to an infant or toddler, which his father, except for his size and ability to become extremely violent, certainly was under the influence of the alcohol.

“I got a call today,” his father went on like he’d prepared a speech for Darren’s return from work. “Not here. Oh no. Not here at all. At the harbor. This local clown calls and actually gets through to the harbormaster, and he says he’s some sort of Duke and using that last name. He wanted to know if I was going to provide any assistance to you in helping get this Elvis Presley dinner off the ground.”

Darren’s heart sank. The Duke had called his dad. He had elevated Darren to some sort of important decision-making status.  No attention at all could be paid to his father’s family members.  Vidal Sassoon had come to the Lewis of Hollywood styling salon to attempt to induce Darren’s mother (who was doing Ethel Merman’s and Doris Duke’s hair) to partner up with him. Darren’s father had squelched that deal before it could go anywhere.  There was no way his wife was going to rise above him in any way, shape, or form.

“He’s just a surfer,” Darren replied, diminishing the Duke’s stature down to almost nothing.

“I can’t stand Elvis Presley or what he calls his music,” his father replied, ignoring Darren’s response totally.  “Who the hell has a first name like Elvis, anyway?”

There was no point in attempting to answer any of his father’s questions.  All Darren could do was wait in silence, because his father never started one of his drunken angry tirades unless he had some brutal point laying at the bottom of it.

“I don’t want you working at the club anymore,” his father said, delivering the line that Darren had been dreading. He needed four hundred more dollars to pay for his trimester payments to attend St. Norbert College in Wisconsin. The school required one full years’ payment in order to start.  Upfront and the checks have cleared the bank issuing them.  Sharing tips as a busboy had changed Darren’s life.  The tips were much more than his paltry salary, and one more month of work would secure his entry to the college and his escape from home.

“Sergeant Cross needs me,” Darren replied in a weak voice, fighting for time enough to fashion an argument his father might actually buy.

“He’s a sergeant and I’m a Warrant Officer,” his father quickly replied, seemingly ending the conversation.

Darren thought furiously about all the things he might say, until realizing that rank might mean more than he thought with respect to what his father did. He didn’t need to reply.  He needed to find someone of high rank who would talk to his father.

“Okay, dad,” he replied, knowing the agreement would mollify his dad, but also give him time to come up with something.  He needed Jimmy’s wise advice and counsel, and he needed it badly.

Sleep came hard that night, as Darren lay awake, wondering if he was going to be able to go away to college at all.

His trusty little German alarm clock went off at six-thirty. Getting ready for the day and then getting out of the house was his goal, and he succeeded in that endeavor.  He could not show up at Jimmy’s house before seven-thirty, or so, however.  Although Jimmy had some problems with his own father, he wasn’t prone to getting up early to run away from them.

Darren climbed the wall to gain entrance to Fort Ruger’s backside. He didn’t, however, jump down to proceed to Jimmy’s house.  Instead, he sat atop the wall, staring out toward the wondrous view of Koko Head in the distance while feeling the early morning trade winds that made Hawaii the envy of every other resort community in the world. Everything was just right.  The wind, the view, the temperature, and even the surroundings of a bit broken-down old U.S. Air Force outpost.

Darren thought about the exchange he’d had with his father the night before.  What was the Duke doing calling his father?  Why would he take that step? Why did the Duke not believe that Darren would do whatever was necessary to make the dinner happen?

“I’m only eighteen,” he whispered into the wind.

The key was a military member of high rank.  Who did the Duke have at his disposal, or Sergeant Cross, for that matter?  And then there was Jimmy’s father and his clandestine bunch of army specialists.  Who did they have?  A major or colonel wasn’t going to get it.  They needed a general or admiral to make things happen in his father’s mind.  The Duke had inadvertently thrown a monkey wrench into the works, and it was important that he didn’t know that.  There was no other job that was going to save Darren, or give him the money, to make it at St. Norbert College.  He had to stay the course and that meant he had to, somehow, appease his father.

Darren waited out the time.  His light knock at Jimmy’s back screen door was answered instantly.  Jimmy was up and about his mother said, opening the door and welcoming him in, even though she was obviously wearing only a gown over her bedclothes.

Darren waited until Jimmy was dressed and ready for the day.  Once outside, he couldn’t help but put the problem directly into his friend’s lap.

“This is a U.S. Air Force problem,” Jimmy started out, before going on, having listened to Darren’s five-minute diatribe.  We need the head of the Air Force at Hickam to make a statement.”

“And what are the chances of that?” Darren replied, wondering if his friend would be of any help at all.

“Flag rank officers love big entertainment galas,” Jimmy said as if his statement covered all the bases of what might be needed.

“So?” Darren asked, mystified about his friend’s answer.

“Sergeant Cross,” Jimmy said, kicking another stone along the way.

“Sergeant Cross is just a sergeant,” Darren replied, disappointment in his voice.

“Sergeant Cross runs the Cannon Club. Your father is only a low-level warrant officer, but he runs all of Pearl Harbor. My dad is only a major but is in charge of some new army strike force so secret he can’t even tell his family about it. Rank doesn’t mean everything in the military.”

“How can we get Sergeant Cross to call some general officer at Hickam,” Darren replied. “He’s not going to want to do that at all.”

“There’s little question that the general, and probably his family as well, have been to the Cannon Club.  And who doesn’t love the place up here on the flank of Diamond Head?  Cross needs you to make this all happen, or at least he probably believes that.”

“Why did the Duke call my dad at work?” Darren blurted out, the single major issue he could not get off of his mind.

“Obviously, the Duke wants this whole thing to go down pretty badly.  That’s his way of motivating you to make it happen.”

“Oh, great,” Darren breathed out, for some reason feeling a bit of relief.  “I’m now in charge of making the event happen.  How did that come about?”

“Well, who else do they have?” Jimmy asked.

“Okay,” Darren said. “I get it. They need the club and to get the club they have to have Sergeant Cross and Chef Wu, and that means you, as unlikely as that seems.  There’s no way the Duke is calling Sergeant Cross or anyone else.  He’s a big player in his own circle but not with the military.  To them, he’s just another local loser.”

“How did we get treated at Queens Beach the other day?” Jimmy countered.

“You got it,” Jimmy said. “That Sergeant Cross is black is another part of the complex puzzle. He doesn’t sound black. Unless you meet him in person you wouldn’t know.  So, they don’t know either.  You don’t’ want Sergeant Cross meeting anyone in person, including this general officer we both need to get this thing done.”

Darren tried to think the whole thing through, as they approached the recreation center.  It was too early to be open yet. Two big floor brushes were set up, leaning against the wall by the double entry doors.  The brushes were for them.  For some reason, both Jimmy and Darren had been designated as ‘brush boys,’ by the sergeant who ran the place.  The sidewalk that ran up and down the front of the building needed to be swept every morning.  Why they did it was not a question they ever asked. The brushes were there. They were there. So, they brushed the sidewalk clear, once again. Darren wondered what to say to the sergeant when he went in for work later in the day.

Jimmy would know.  He swept away, glad for the distraction the work gave him.