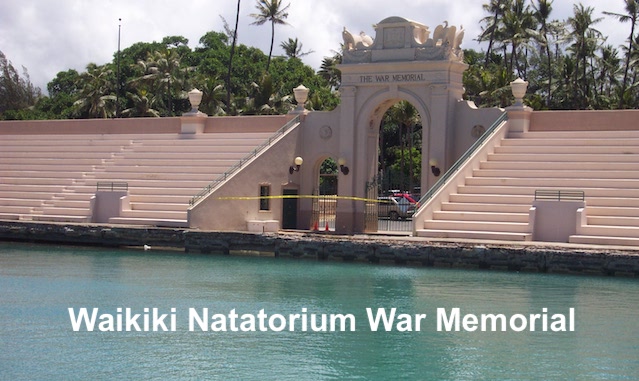 “I’ll throw something on, for the sake of propriety,” Mrs. Levy said, before turning from the stove and rushing off down the hall as if she’d read Darren’s mind.

Darren started to breathe normally again, not moving, trying to arrange the argument he and Jimmy’d sat in the car and put together.

Mrs. Levy returned in seeming seconds, dressed like she was usually dressed, in slacks and some light flowered top.  Darren was relieved.  He couldn’t put aside completely the image of her in the flimsy clothing she’d been wearing, however, but had to push back thoughts of why she might have appeared to him like that until he could think better later on.

She carried a plate of cheese sandwiches to the table and sat down herself.

“Do you want a sandwich, or did you come for something else?” she asked.

Darren wanted to shake his head to clear it from thoughts about what the ‘something else’ might extend to, but instead, he launched into his sales presentation.

He talked on and on for many minutes.  Mrs. Levy ate a sandwich slowly, never interrupting or saying a word.  When Darren finally stopped talking, she cleaned her hands with a paper napkin and let out a big sigh.

“So, what do you really need, and why and how is it supposed to work?” she asked.

Darren knew his whole routine to hear Elvis play once again in this life and to be with Judy when he did so, had not flown at all.  Mrs. Levy was much more like Star than Judy, he realized.  She simply knew things that should have been unknowable, at least to Darren’s way of thinking.

Darren didn’t reflect long.  His sales presentation had fallen on deaf but not necessarily unsympathetic ears.

“I need the $440.00 dollars the Air Force is promising me,” Darren began, the rest coming out in a rush.  “I need for Elvis to show up at the club to satisfy the Duke, the Air Force General out at Hickam, Chef Wu, Sergeant Cross, and possibly even my own father.  I can’t get Elvis to come because unlike the morning we spent last week over here, I can’t get near him to talk to him.  I know he’d come if he knew.  His handlers won’t let me near him, or Jimmy, or even the Duke for that matter.  But, if you can get Elvis to come back to visit your daughter again, then Jimmy and I can break in and talk to him.  I just know he’d do it.  The man just struck me that way.”

“He’s a very sincere boy, rather than a man,” Mrs. Levy replied, “sort of a lot like you.  There’s no number to call him but my daughter sees him all the time.  All I can do is ask her to have him get hold of me.  Having her ask on your behalf probably wouldn’t be as effective.”

“But, you’ll try?” Darren said, some amazement in his tone.

“Of course, I’ll try,” Mrs. Levy laughed. “How could you think anything else?”

All Darren could think to do was leave, although it didn’t seem like the woman wanted him to leave.  Instead of getting up he took one of the grilled cheese sandwiches and started eating it.

“This party you’re planning,” Mrs. Levy said, munching on her own sandwich, which she’d carefully cut into four smaller pieces, “Was that all your idea?”

“Mostly,” Darren replied, being as truthful as he could.  It had really been the Duke’s idea, but he didn’t want to waver in having Mrs. Levy do him the favor personally.  He was almost certain Mrs. Levy had never met the Duke and therefore might not care whether ‘his’ party went down or not.

“My daughters will be going off to college, like you, very soon,” Mrs. Levy said, making Darren wonder instantly about why she was saying what she was saying as if she’d prepared to have the conversation with him for quite some time.

“Their relationships will change, the one’s back here and almost everywhere else, when that happens,” Mrs. Levy said.  “I don’t want you to get lost in that shuffle, if it’s possible, although very likely it’s not.”

“Get lost?” Darren asked, finishing his sandwich and wanting nothing more than to get back out to where Jimmy sat outside, waiting in the Monza.

“I want you to stay in touch with me after you go off to college,” Mrs. Levy replied. “Hawaii is different than most other places and my husband and I plan to retire here.   People who come here and then leave invariably come back to visit time and again over the years.  You’re a special young man, and I think it would be great to stay in touch after your relationship with Judy is over.”

Darren sat frozen, stunned into silence.  Mrs. Levy was basically telling him that she was breaking up with him.  That eventuality had never occurred to Darren.  Judy was only the second girlfriend he’d ever had.  Gail Kolauokalani had dumped him to go back to her old boyfriend a year earlier. She’s said he was ‘too nice a guy’ to be serious about.  That her former boyfriend had beaten her on several occasions somehow had meant more than being a nice guy to her. Now, here he was again.   Judy was a girlfriend, although he loved and feared her at the same time.  The pictures lining her mirror up in her bedroom gave every indication that she would move on from Darren like she’d moved on from all the others, but the spoken reality of its being predicted by Mrs. Levy was emotionally painful to hear.

“I didn’t mean to hurt you, but you need to know, I think,” Mrs. Levy went on, obviously sensing Darren’s emotional state.

Darren’s mind raced in circles.  Colonel Levy was never to be seen in the home where Darren had spent as much time visiting as his own.  The daughter that Elvis seemed so taken with was never there either.  Only Mrs. Levy and, quite occasionally, Judy were seemingly ever in the place, at least during the daylight hours during which Darren visited.  He realized suddenly, that he spent more time with Mrs. Levy than Judy, or any other member of the Levy family, although the woman had never spoken to him so directly or intimately before.

“Okay,” Darren said, suddenly, rising to his feet.  “I’ll come back later and keep checking to see how it’s going.”

Darren knew that what he said was some sort of nonsense, but he had to get out of the house and away with Jimmy.  Only driving at top speed down Monsarrat in the convertible with the radio blaring out a Frankie Valli song seemed to make any sense at all.  He could not face Judy, at least not yet, and he was afraid she might walk in at any moment.  Jimmy might know what to do or how to handle the whole mixed mess of what his relationship with Judy and Mrs. Levy had become, along with the additional nightmare of complexity that the Elvis party had turned into.

“I’ll make sure we get to Elvis,” Mrs. Levy said, “and I’m pretty sure he’ll come to the house.  “I’ll be here for you tomorrow morning.  Judy’s having her hair done by your Mom then, so we can spend some time plotting this all out.  You make life more fun than it normally is.”

Darren wanted to say ‘yes, ma’am,’ but he bit back that reply.  Somehow, whatever was going on with him and Judy, and Mrs. Levy didn’t call for that formal of a response, although he couldn’t think of anything appropriate to replace it.

“Ah, okay, I’ll see you in the morning,” he tentatively threw out and then walked quickly down the hall to the front door.  His relief at seeing Jimmy sitting out front in the Corvair was palpable.  He ran around the car and jumped over the door, his breath coming and going in sighs while he tried to calm himself.

Jimmy took off, using his normal gentle (for him) acceleration from the Colonel’s house.

“You don’t look so good,” he said over to Darren.

“Just take me home,” Darren said, finally, as he couldn’t think of anywhere he could go that would allow him to hide out from the world.

Jimmy drove in silence, but he didn’t head toward Jimmy’s house, or even the street it was located on.  He drove toward Waikiki.

“Where are we going?” Darren asked.

“You don’t get to quit or take a break right now,” Jimmy said, hitting the turn onto Monsarrat with squealing tires.  “We’ve got a plan.  You, me and Star.  You’re not going to just shut up and leave us on our own.  I went back to Star while you were in there.  She walked down to the Natatorium, where she’s waiting.”

Darren cringed down.  Star would no doubt come up with some wild, biting, but probably very accurate conclusions about the strange nature of Darren’s relationships with the Levy women.  He didn’t want to hear them.  He was being dumped, again.  He was being either toyed with, pursued, or just the foil of an attractive older woman who happened to be his girlfriend’s mother.  And, he was being dumped.  It was all too much.  He felt like a juggler with so many balls in the air that he could not possibly keep them all up there, and some of the balls, especially the ones that dealt with women, were filled with contact exploding powder.

The trip down to the Natatorium took only a few minutes.  Darren turned the radio on, but Frankie Valli was not singing.  The Beach Boys belted out one of their most famous songs through the front speaker: “Do my dreaming and my scheming, lie awake and pray, do my crying and my sighing, laugh at yesterday…”  Darren just wanted to be in his room, like the song’s title, but he knew there was no escaping the wildly interweaved scenario he’d originated and then set in motion.

They parked the car on the street, got out, and then headed for the big concrete arch that served as the entrance to great salt-water pool.

They would not have to search for Star, Darren saw.  She stood under the arch, centered, with the Duke at her side, as if a part of some movie set.

Darren’s heart sank even further.  How was it that his life had become so entwined with that the Duke, a distant and nearly silent man of such great local distinction?   How could doing something like breaking his favorite surfboard have brought them together in the strangest of ways, and what could he tell Star, or Jimmy for that matter, of the truth about his meeting with Mrs. Levy?