The Hustle, The Escalator of Life 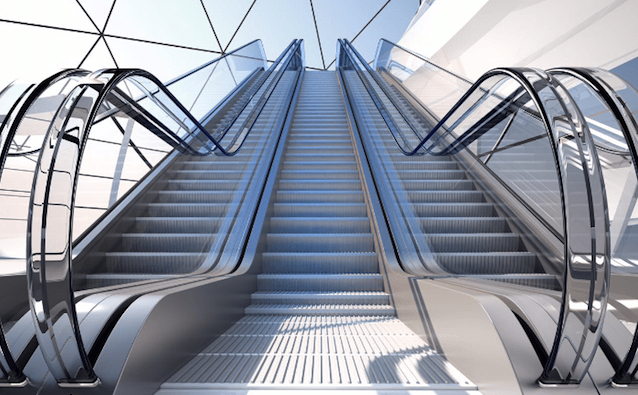 The Hustle, The Escalator, The Rush of Life.

When you put the brakes on, by going on vacation somewhere far away, traveling abroad for a while, or simply holing up and pulling the cords out of the walls with respect to electronic equipment, you discover that life moves a whole lot slower when you are living it by direction rather than having it lived for you by association and the direction of others. Human beings are gifted in being amazingly brilliant at organizing into supporting units or tribes for survival and improvement. Humans are genetically talented in such things as facial recognition, symbol creating and usage, in speech and optical recognition. Those gifts of evolutionary developed nature are, in combination with a big rationalizing brain, what have allowed the human species to so dominate the planet we know of as earth. This (apparently, so far to date) amazingly miraculous combination of talents also brought with it a sense of applied competition that has been so severe it has taken nearly three and a half million years for mankind to reach its current (and rather rudimentary) level of civilization.

A civilization that is measured mostly by those living at the very top of it and also by those mostly oblivious to the lesser developed portions of it. Taking time off from participating in the measurably 'higher' parts of civilized life today can be enlightening, in that beliefs so deeply instilled and practiced can fall away. Most beliefs are not those created, found or established, much less maintained, by individuals. Most beliefs held are those built upon the beliefs of others.

In other words, most conduct performed, be it in areas of religion, politics or even commerce, are those established, listed and maintained by others, created in the past or the present. Humans generally do what other humans want them to do yet, for the most part, remain unaware that they are not nearly as self-determined as they might think, particularly if they reside in geographic areas of high social development that stress how individually free and self-determined they are.

Taking time off from the hustle and bustle of participating in being under the control of others, whether such control is blatantly or subtly applied, causes individual humans to slow down, relax, and return to the 'escalator' rested, but with a strange trepidation about whether the work being returned to is worth it or not.