The Lying Summit Meeting, From The Wilderness 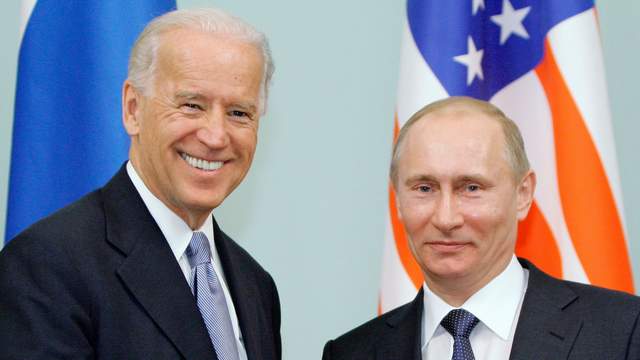 There’s going to be a meeting soon.  A big one.  It’s called the G20 and this group of country leaders (twenty of them get together every year to discuss financial expectations and predictions) can talk about anything at all.  The instructive and potentially revealing thing about this particular G20 meeting is the denials.

There are two major denials from two of the major players in the world today, both economic and militarily.  President Biden’s staff has indicated emphatically that President Biden will neither be meeting with or discussing anything with Putin.  Simultaneously, President Putin’s staff yesterday indicated exactly the same thing.  No G20 has ever met yet, and they’ve been meeting since 2006, and had two of its major attendees indicate preferences about whom they would meet with one-on-one.  November15 of this year will be a big deal, or maybe the next day because they meet for two days.

Incidentally, this meeting will take place almost immediately following the tabulation of winning and losing vote totals for the coming med-term U.S. elections…now touted throughout the world by the mass media as the most definitive and important election results ever to occur on the face of the planet.  They are lying.  Why else would they announce anything at all?  It’s not required.  They are lying because of the sensitivity of the whole thing.

This will be the beginning of the negotiations to end the war in Ukraine.  These leaders cannot admit that without fear of having to include NATO members, Europe, Ukraine or anybody else.  The groundwork for the coming negotiated peace has to be somehow laid and that takes the two major players getting together and starting the trade process.  The Russians started this ‘war’ in order get access up and down through a corridor from Russia back and forth to Romania.  Just across the border in Romania is the second largest nuclear re-enrichment facility in the world.  Russia must gain access and begin enriching its weapons inventory or slowly sink into oblivion or become prey like Ukraine did when it surrendered its own inventory.   The Ukrainians need a total rebuild of their country.  The. Russians also need some financial help, and Ukraine too.

There is only one country with enough financial strength to handle all this, along with dragging NATO countries into the bargain.   Starting the process of ending the potential of having all out nuclear exchanges happen because of some accident or misjudgment has to be on the minds of every country leader in the world.  This visceral fear has to be removed from the table of play in the modern world.  There’s going to be a meeting alright, and what’s discussed there will indeed be influenced by what happens in the midterm elections.  It’s impossible to predict, before the results of that event are tabulated, what influence one party controlling the House and Senate might have about what will initially be decided.

What is almost certain here is the ability to state that Putin and Biden sitting in the same building, the same room and circulating confidentially among the other top leaders in the world will not do so without discussing the most important subject that can be discussed in the world today.