Thoughts About Life after Radio Shack 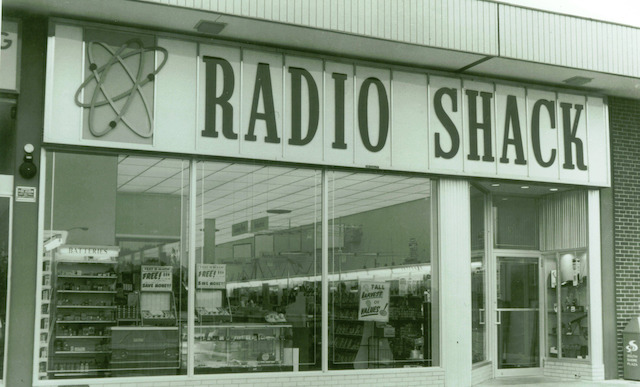 The Demise of Radio Shack and…

What did it, and does it, mean that Radio Shack went away? What do you suppose happened there that caused the ‘Mister Wizard’ store where you could get anything electronic or even mechanical to help you in some home, business or hobby project? The Marion family called it quits after starting one of the most interesting direct retail to the customer companies in history. Why? Oh, the money falling off and revenue descending, for certain. But why?

Radio Shack and its ever smaller share of selling a product that was nearly non-existent before they came along were a harbinger of what was coming. What was coming, we call now. There is little interest in home projects today of any kind of hobby pursuits putting stuff together or fixing stuff. Business went big, or not at all. There are no rock groups of teenagers playing in garages and then going out on the road to spread their stuff around to radio stations. Gone. The music of today reflects that. There is little tinkering anymore, and that runs hand in hand with learning and, even more importantly, the wanting to learn. What has happened with the creation of the Internet, television and cell technology is that motivation has taken a huge dive. Believability, meanwhile, has taken a huge spike upward.

The lying crap of the current president is a perfect example. It is believed by so many people. Wikipedia is half, or more, wrong, about just about everything! But it is believed. How does an entire planetary earth population pull back from such a black hole kind of abyss? Without wanting to grow, to succeed, to modify, to make better, to do more, then where do the populations of planet earth go? Where do they end up?

I actually argued, over coffee, with a man today who believes that decisions are not things of opinion. They are merely decisions based upon fact. That discussion was about Trump, of course, as Trump’s true brilliance is that he can make everything about him…and ergo there is nobody or anything else. How can anyone argue that decisions are like separate entities of combined fact-finding and then application without respect to the motivation about what one might have been working to decide might be about? This man is not a dumb man, but he sat there perfectly willing to ignore objectivity whatsoever because he is in love with a fake returned Christ of his own ‘decision-making’ selection.

Somebody commented today by giving out a line from a movie “hope is not a decision or a plan,” or something like that. Hope, most often, is a patiently waiting person praying deeply for somebody else to come along with a solution and then apply it. Radio Shack was all about doing stuff for yourself, and therefore coming to understand the stuff, and physics, and electricity, and so much more. I am so sorry the one on Main Street is gone from my town…and the bright people who went in there are gone with it….now in their homes, waiting for hope to work for them.