THE TWELFTH DAY, 30 Days has September 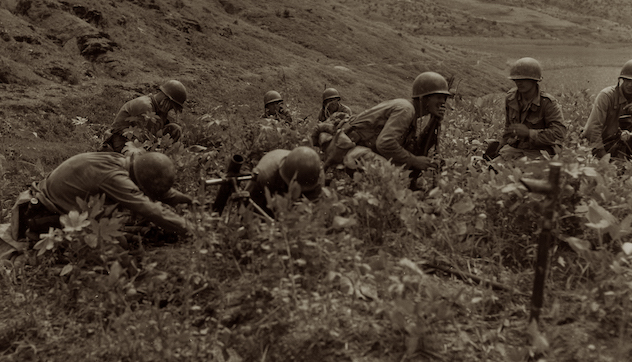 The first spotting round of the fire mission came screaming in. I didn’t care if I could see or hear it in the rain, or the fact that clustered down under the overhanging cliff behind the berm, I knew I wasn’t going to be able to properly observe anything anyway. I was waiting for other evidence. “Splash, over,” was transmitte…

Thanks for reading this short excerpt from the paid post! Fancy buying it to read all of it?
Get Access
Second Ten Days, 30 Days has September
Access to read all online chapters of First Ten Days. This one-time purchase will give you access for two weeks.
2.99
USD
Buy NowRedeem Voucher Code
I already bought this | Redeem voucher
Cancel
Or buy print edition here
Powered by