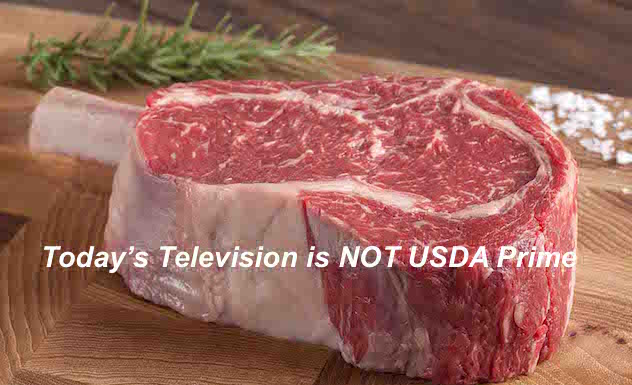 I'm sorry Jane Pauley, maybe you are indeed a class act in many ways, and maybe you did get handed a tough one in following Charles, but still.

Not that the choices of subjects to be covered hasn't suffered right along with her appointment to emcee the show. It has. The Canada sequence by the stupid satirist was, well, just stupid. It's like Saturday Night Live lately, other than the great political spoofs. Just crap and not even half-way intelligent crap. And it's all about writing. Good writers, new writers, and young writers (unless family connected) can't even get read much less have their stuff put on the air.

The closeted poisonously stupid culture of Hollywood has stunted or killed so many things. Whom would have thought years ago, as television was sprouting out from three networks, that there would be thousands of stations available with almost nothing whatever to watch without vomit and spitting being a common reaction to the garbage being passed off as quality presentation?

In spite of how figurative and appropriate Bob Dylan's singing and ability to write meaningful songs was his elevation to the very top of literature is nothing more or less than an indicator of what has happened to the entire industry. The mass media complex and Hollywood productions are putting out ever-shrinking gene pool derived garbage. And, since they control the reward system too, it's almost exactly like rancid meat being stamped as prime beef.