WATCH OUT FOR THE KRILL 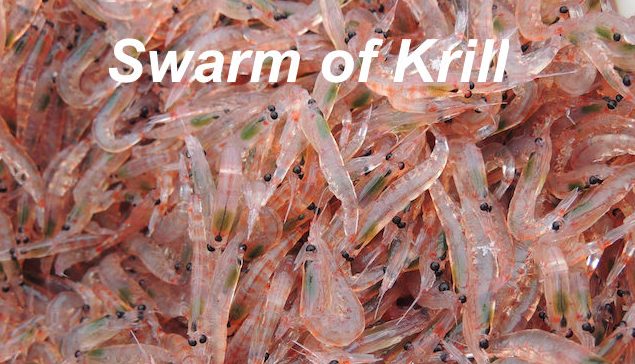 I get tired of it.
The constant drone about the human over population of our world and how our actions are bringing it to an end. Has most of the world forgotten about basic math and geometry? Or didn’t most of the world go to school? Most of the world I experience being right here in the USA, of course. For the record.

Again in dithering boredom: All the people currently on earth (ALL) would fit standing on the U.S. island of Oahu with inches to spare on every side of them. All would fit on an area the size of the smallest state of Rhode Island and allow each about six square feet of space. Now look outward. Rhode Island is about one four hundredth of the area of the U.S. The U.S. is less than half the size of Russia, smaller than Canada and just barely bigger than China. The world is not full of people.

It is full of people feeling full of themselves and their huge presence on earth. We are not that many, nor that significant except, for our mental capabilities and inventions. Ever heard of krill? These tiny swimming creatures are what a lot of sea animals feed on up in the arctic (like whales). All krill combined have more body mass and weight than all human beings on earth. Termites and ants too! Think about it. 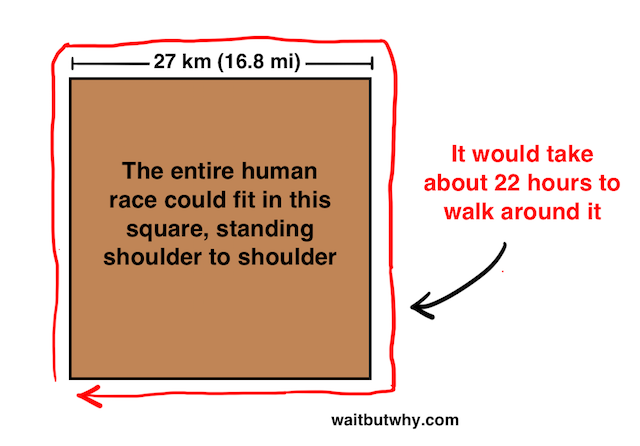