The coffee’s good, you can get the newspaper and some remaining magazines (most magazines have gone the way of printed hardcover books) and the people showing up are wonderfully Santa Fe weird.
The sun is up.
Thirty-six degrees and it’ll be getting warmer as the day wears on….and so will I. 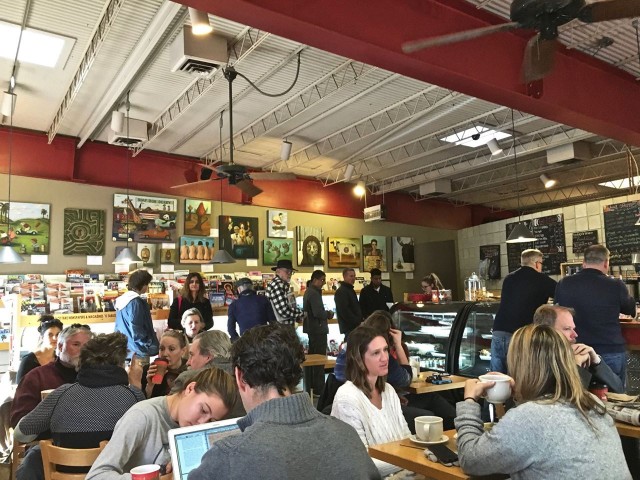 Because of the Paris thing, after which the police would not let people gather and protest or anything else, Parisian’s sent their shoes instead. Even the Pope sent his shoes. In Santa Fe they put up a sign on the Plaza lawn requesting shoes be put in attendance for saving the environment.

Here is the sign. Here are the shoes left in the park. 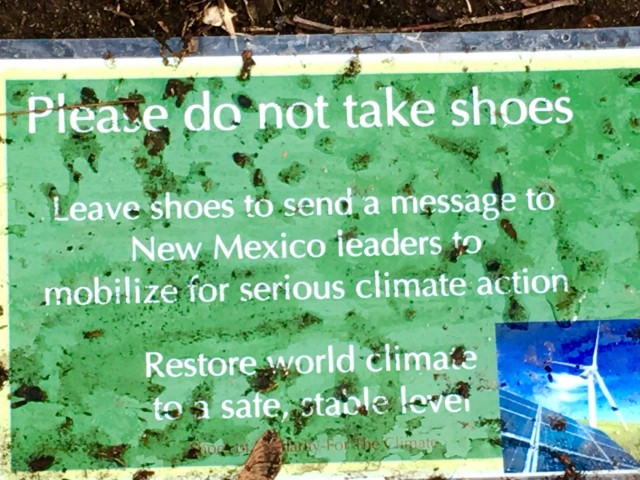 What the hell is Santa doing standing there looking lost as night falls on the southwest corner of the Plaza in downtown Santa Fe?

It’s only Wednesday night and nothing much is going on. In this day and age don’t people dressed up as Santa work for money in places where they can be exposed to a lot of people, especially kids? Apparently not the case in Santa Fe this evening. Or maybe this Santa is the real one simply taking a break from the furious workplace where his elves are struggling.

The reality of Santa, his reindeer and his elves is looking better and better, by the way, in comparison to what is being offered up as reality by current republican political candidates…. 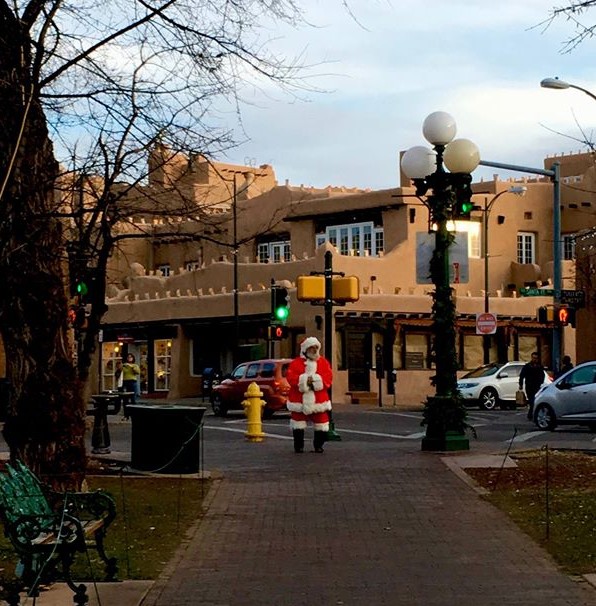