What did I fight for……….Eve of Destruction 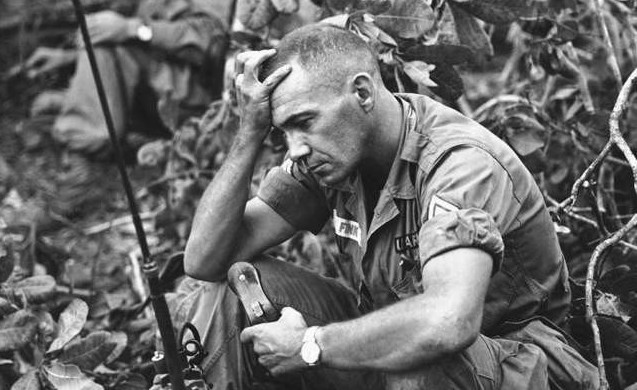 I didn't fight for this. I fought against an enemy in Vietnam that I thought was challenging the right of all men and women to be free and express themselves without being forced to do what a small minority wanted them to do.

I didn't fight for this. I fought in Vietnam against what I thought was something called tyranny, although I wasn't exactly sure what that word really meant.

I didn't fight for this. In no way would I have worn a Marine Officer's uniform to fight for enforcing laws against any minority, or poor people, or the disabled. I had nothing against the Jews, the blacks, the asians, Indians or any other racial grouping. I thought I was fighting to be a part of a whole that they were a part of too.

I didn't fight for this. I studied WWII. I rowed around the harbor of Pearl with my brother a couple of years after the war. I never met anybody at that time that thought white people were better than everyone else. I thought those people who felt that way had died in the war.

I didn't fight for this. I didn't fight for white people to be superior to anyone. I am a white person. The thought of my own superiority over non-whites is a disgusting thought. My skin color means nothing except that I get sun burned easier.

I did fight for the right for everyone to talk about all of this, no matter how outrageous or stupid or silly the conversation.

I did fight so that people could do that without having to fight and kill themselves to do it like I did.

I fought for love and what the words of so many songs of the sixties illustrated in their lyrics.

I did not fight for the Eve of Destruction, like one singer sang.

I was the Eve of Destruction...except I believed I was fighting to destroy what I now understand tyranny to be. I fought in hopes that I could return to a land that was comprised of kindly, loving and generous Americans who might understand that fighting and bleeding for them should require that they be kindly, loving and generous to me upon my return, and to all those I really did fight for. I fought for them, and me and you....back then and now forward through time.

Did I fight in vain?