Will Humility be the path…… 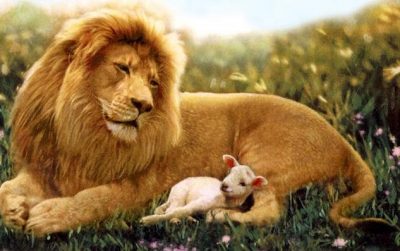 TO INHERIT THE EARTH

The world defines humility as a lowering of oneself in relation to others, a state or the act of being humble, a freedom of pride and arrogance, and having a modest opinion or estimate of one’s own worth.  It is not groveling in front of others, being a doormat, or a sign of weakness.  Moses was said to be the meekest man on earth but meekness is not weakness in fact, if held close by a cogent and quality human being its actually strength that is under control. The human population of the world was about forty million in Moses time.

Today there are over eight billion humans on the planet and most are linked in some way through computers or with other communications devices. In a world where eight billion people constantly clamor for attention all the time how is it possible to be humble and accomplish anything? How is it possible to get noticed at all, to even begin the process of influencing the beliefs and actions of other humans? Success in marketing anything, including ourselves, has come down to what is called ‘branding,’ wherein we all go online, join social media sites, create web pages and write blogs. Those are all things modern humans do to get noticed. And those actions would seem to be in direct opposition to exhibiting any behavior resembling humility. According to the same scripture informing everyone who reads it about Moses, is additional writing about how; “the meek shall inherit the earth.”   How is that possible if nobody knows who the meek are, much less ever meets them or hears from them in any way? Only God knows.

“It’s not possible for humble people to survive in the modern world.” That statement probably has more truth in it than running on about how it is so wonderful to become successful through modesty and introspective non-invasive actions. Recently, at a religious meeting, I was asked all about my strange and not-believable background. I didn’t want to talk about my history with the esteemed and educated men I was with because to repeat my life story is to lose almost all credibility. Things that are not believable will not be believed, and the person who says them, no matter how true they may be, will suffer for the telling. I did not want to suffer anymore or have the men around me think less of me. I quoted them the line written by a brilliant screenwriter for Jack Nicholson in the movie A Few Good Men: “you can’t handle the truth.” Those men couldn’t handle the truth because even people who can handle it usually can’t recognize it when it’s shown or spoken to them. It’s not that kind of world today. The most important incident at the breakfast, however, pertains to this bifurcated difficulty of attempting to be humble while trying to get noticed. When I was busy giving a totally sanitized version of my background, one of the distinguished men asked me a question. He wondered aloud whether I ever listened. I’d heard that question many times in my life because some people find me interesting, and I’m pretty verbally adept. I shut up. That man then took over and talked about himself, for the next half an hour until everyone left.

A couple of days later I saw that man and asked him about humility. I didn’t ask with reference to his question earlier. I simply asked from a biblical perspective from my supposed reading. The man went on about how humble in life he really was. I was entertained by the long response to my simple question. And my conclusion from listening? It’s not possible to be humble while trying to get attention or build a brand. It is only possible to say you’re humble while doing so.

At a recent funeral a boy was asked to speak about the person who’d died. His mother indicated that her son was too shy to ever speak to an assembled group. The young man walked around his mom, grabbed the microphone and droned on for the next twenty minutes, saying nothing and boring the group senseless. Later the mother spoke to me about how proud she was that her son worked up the courage to speak. In anthropology, the esteemed leaders of thought in that discipline believe that listening is not the opposite of talking…it’s waiting to talk.

There is no courage necessary to claim, desire, want or do most anything to get noticed and get attention on this planet. It’s built in. Survival is very dependent on building social relationships, and it’s genetically imprinted upon us to find a suitable mate, or even other member of the species.   Read the bible and listen to others repeat their admiration for those who are humble, evidence humility and give every appearance of being meek. Try to portray yourself in that light. If you are successful at building your brand, at raising yourself up to considerable recognition, and even notoriety, then work all the harder to portray yourself as being humble and wanting only humility as your best feature. If you are truly successful at getting a lot of attention from other humans and can also get them to believe that you are humble, then you too may be getting the microphone to drone on and on at that proverbial funeral…instead of being the one eulogized.

Inherit the earth, but put off that experience as long as you possibly can.