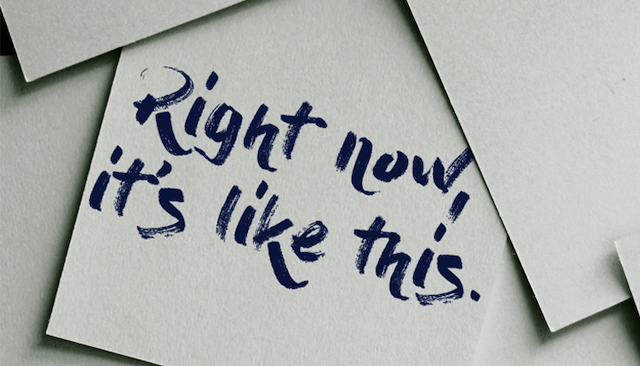 Right now. The agents of the government are coming with money. Well, for some. Well, maybe. And they'll be here soon, with the money, well maybe, for some. Right now, however, the effects of the reactions to the virus nationwide are coming home to roost.

Right now. The first of the month has come and gone...with the usual bit of buffer. A few days. Maybe a week or now ten days. But the 'right now' time is making itself known, like a creeping mouse coming out of the little hole in the floor woodwork. It won't be creeping or little for very much longer.

Right now is when the pain of trying to get through this without a job, without reserves and without a lot of understanding remaining in those around grows into a giant ogre of gathering speed. Lady Gaga came on national television (ABC) this morning to say that everyone needs to get kinder and maybe this 'new corporal' existence will allow everyone to demonstrate that humanity, at least in America, is nicer because of such emergency reactions to the virus pandemic. Lady Gaga? What is her financial net worth and income? She'll take a hit and she'll need help and other brain-damaged or brain-dead fairy tales. None of the people being watched on television screens will be living in fear, pain or even terror as this plays out. The business they are in is simply too well-heeled and it if was not then it would have been instantly bailed out.

The news is bad today. It is almost as bad as it was yesterday and it'll be a tiny bit worse tomorrow. That is not necessarily a description of how things are today, but an illustration of the mantra that has brought television news from a required and enforced series of short presentations to the bread, butter, meat and potatoes of mass media and broadcast profit that it is today.

Oh, that bread, butter, meat and potatoes stuff is only symbolic in describing the people who work in the broadcast professions...but it is hard cold reality to most of the population that used to have regular jobs. I wish Lady Gaga's lower-grade-school sort of moronic presentations were valid, but I not only fear they are not but, unfortunately, know they are not.

There is hope in the New Testament.

Open it. Read. There's stuff in there to help get you through because we all need to 'get through' what's happening right now and Lady Gaga's and mass media messages are neither the answer nor even much of a balm. Right now. Do it right now.

How has the Coronavirus Pandemic affected YOU
Comment below