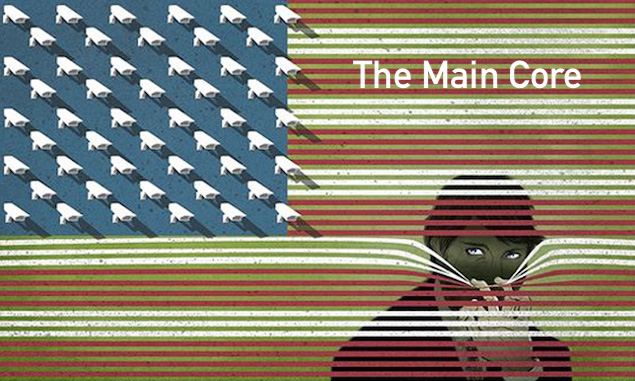 The phrase "continuity of government" may not mean anything to you. To 'players' back in my day, the executive orders surrounding this phrase meant a lot and caused a lot of fear and trepidation.

Coming to true formal fruition during the Reagan years, but thought about through many administrations before, the phrase was shortened to COG. The fear was, as one executive order after another was issued, and incidentally redacted when presented to congressional oversight committees and members, that allows for the elected government of the U.S. to be sidestepped completely by three military prongs of quasi-governmental power distributed around the U.S. could easily result in the destruction of the U.S.A. as we knew it. The orders also provided for the identification and eventual detention of those considered a threat to the country.

Recently, last week, the U.S. Justice Department asked for the power to identify and detain suspected individuals without anything but shadowy governmental opinions with respect to guilt or innocence. In fact, no parameters, other than the opinion of unnamed officials, would be called for, and no term of incarceration would be stipulated (detention during and for one year following cessation of a national emergency was discussed fore people to be thrown into prison. Habeas Corpus was also asked to be suspended.

Habeas Corpus means: "a writ requiring a person under arrest to be brought before a judge or into court, especially to secure the person's release unless lawful grounds are shown for their detention."

This is for real and the House of Representatives is today considering voting to allow this. What could be behind all of this COG preparation? The overall plan was conjectured about long ago and given a name. It was called "Main Core," and I believe that the program/plan is still there, now possibly in play. Go online and see what you can find of these things, although be careful because you may well become something of a target merely because you are making inquiries.

COG plans in the age of coronavirus could take a more drastic turn and involve the detention of Americans included in a database of "potential troublemakers."