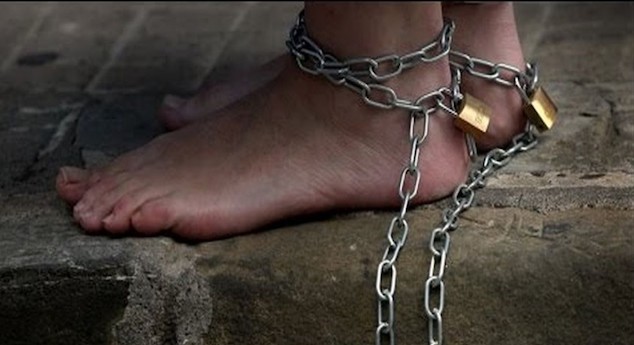 To be made in what image? To be reproduced at who’s direction?

The nation is being brought to its knees and the causal factor is being touted as this new virus. But is that it? This nation, if it goes to sleep for the next two to three months, will never come back as it was before. The fear of this virus has been used by leadership and the mass media to reduce the current social order to little more than abandoned lonely and still heaps of ennui and depression…and with a foundation at the core of real solid fear.

The hotels that once were, the restaurants that used to be, the movie houses of yesteryear as tomorrow dawns will not be those of the present period. An era is passing, yet it is passing in only the shorter possible period of geologic time that can be imagined by any anthropologist on this earth. it could not have been predicted.

California is looking to have its entire population, save certain servicing personnel from ‘essential’ business interests roving dead and empty streets and alleys. Those that come out of their homes and apartments will not, so far, be breaking the law, but they will likely be castigated, attacked and reviled by those remaining inside…by those who can remain inside. Millions of jobs will be lost, never too be recovered, at least not by the people who held those jobs before. The nation is taking in one huge long breath as a living and breathing entity of huge power and size. How long will this ‘inhalation’ go on before the first explosive breath outward comes vomiting forth?

When the money runs out for so many,  when food runs out because there’s no money for about one third or more of the population?

I mentioned previously that adult humans can choose and then implement a decision to go hungry, but that is not how those adults will react if their children are going hungry. Is there some entity, or group of humans, or even an individual who has thought this whole nightmare through and then is sitting there waiting for the results to come in. For the remake of America in a different image? Tonight, my own small community voted to turn dictatorial power over to its mayor. The man can basically now order whatever the hell he feels like as long as he feels like it is protecting the city’s safety. Or he says, writes or otherwise indicates that. How did we get here? How did we, as this nation of free men, women, and children, so easily surrender ourselves to overlords never chosen or elected to be overlords?

And it was all done in weeks, and mostly without any complaint.