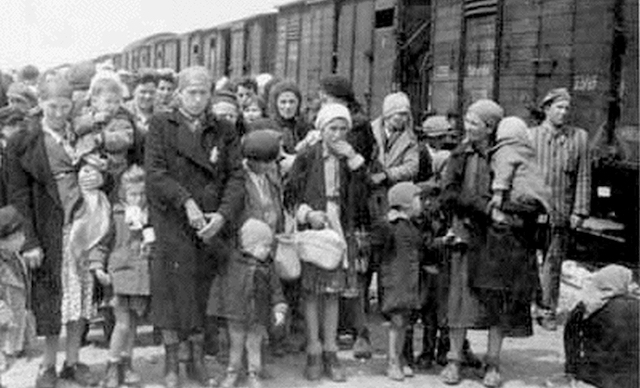 Where are the railroad cars?

For the blacks, the poor, the old, the ill, the incarcerated, the Chinese and yes, the Jews? Where are the railroad cars to ‘rescue’ these sadly exposed Americans and take them to safety in virus rehabilitation camps?h What is happening to an entire country is astounding, and to be an anthropologist living and observing what is going on from the very belly of the beast is quite a mind-numbing experience.

Who would have thought that an entire public could be brought to consider part of its population ‘essential’ and then treat those people special?
Who would have thought that almost every aspect of the highly vaunted and even beloved U.S. Constitution could be set aside, as if it was some sort of motor vehicle code, to be brought back if and when the ‘roads’ improve? Whom would have thought that those minor numbers (and yes, damn it, they are minor numbers compared to the whole) of humans dying of the flu/virus should be considered to be so very special that many of the millions of remainder (not so special) humans might die of hunger or exposure to save them?

How is it that neighbors are turning in neighbors when it comes to social distancing? How has this minimal danger of this year’s flu been blown so sky-high that the nation is dying in front of me and you…but the slow death is invisible to most of you?

How is it that mass media so sold out and is supporting this? How can people like Brian Williams, David Muir, Rachel Maddow and the rest of our media leaders taken their integrity, slimed it onto the floor of humanity, and then stomped on it?

All this has not happened by accident. It’s happened on purpose and it’s happened because there is evil moving all about and around our nation. The nation’s deadened mindset gives every appearance of not being recoverable. Can you, reading this now, even comprehend what I have written? I doubt it. A star seven onto the chest of every American, except its leaders, is now likely to become required wear.

The star won’t have “Jude” written across it. Instead, it will have “Non-Essential.”

I shared my thoughts.