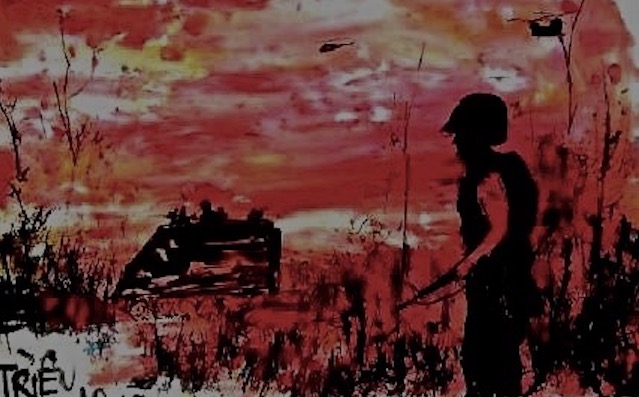 When I was in Vietnam, fighting down in the A Shau Valley, the North Vietnamese Army installed drums along the top edges of the cliff complex up above both sides of the valley, which was less than a quarter of a mile, side to side, at the bottom. They played those drums, mostly at night, in order to destabilize us. The beats were thumped slowly through the night, and they had the hoped-for effect. The beating of the drums was more than bothersome because it illustrated and made apparent the threat we were all facing of life or death every day and every night we spent in that valley.

Once again, without there being a real enemy in this ‘war,’ I can hear the drums play at night. The drums play a slow distant thumping beat, but it is the same messaged beat as so long ago. The culture can assign an enemy status to the virus, but inanimate, unthinking and microscopic bits of matter do not make the kind of enemy that can be gone to war with. It’s emotionally unsatisfying to do everything possible and have a curve go down a little bit.

Every morning now, MSNBC is running the identities and short stories about the people dying from the Coronavirus. It is exactly like what was done on television later, during the Vietnam War. Maybe one day there will be another ‘wall’ in Washington D.C. where all those who died from the disease will have their names up there in chronological order, like the Vietnam War. Today’s war, if you want to refer to the spread of the virus, or its retreat, as a war, is really more about the democrats and the republicans. Strangely, and it is really really strange, the combating of the virus has gone political.

How did this get political? How did people dying from both the virus and the shut-downs (the dying there, from those actions, has barely begun) become a struggle about who is going to be the leader of the country? At what point, how many dead and miserable to be counted, does it simply not matter who the hell is supposedly leading the country when in glaring fact, no single person leads the country and probably never has.

Listen carefully tonight, when you are up worrying, which has become the national pastime since sports went away, and maybe you will hear those distant, threatening drum beats too. I hope not. I hope you sleep better than me.

During this shut-down time, you may enjoy reading
the First and Second Ten Days of my Vietnam experience. 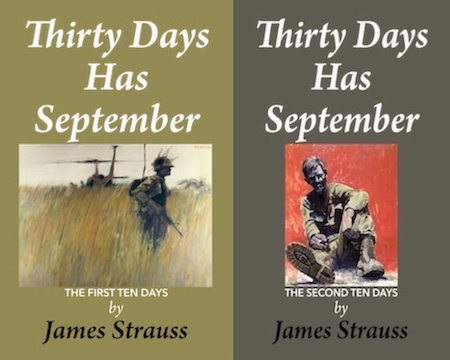