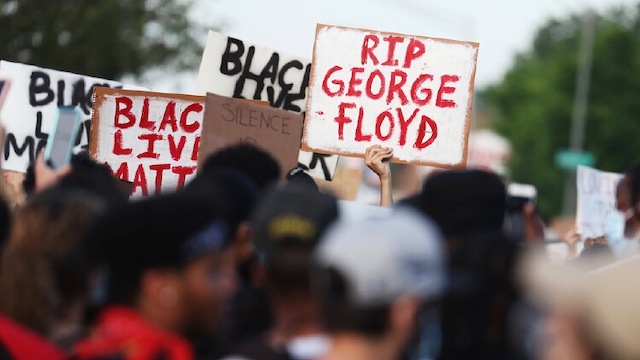 Why have all the major news organizations, left, right and in the middle, all concluded that these protests/riots are the fault of one black citizen being murdered in Minnesota...and the general nature of the entire sweeping movement is only about racism and police brutality?

The virus is laying everywhere but invisible to plain sight. The virus caused the massive over-reaction that halted the nation's economy. I have been predicting this mess from the beginning and how it would have to go if the nation stayed shut down...which it did for too long. The poor. The old. The infirm. Those are the ones who began to starve. In fact, nobody has any numbers on causes of death brought about by the national shutdown. The public through the media gets only snippets of news about inflammatory stuff that might cause great change for the good across the culture. The public does not get accurate reports of citizens killed by the police. On purpose.

The public does not get reports of prisoners killed in custody or rapes inside prisons. That data is restricted. The public gets almost nothing on gun deaths by type of gun, ammunition or even the number of guns that exist in the country. The tensions will begin to ease as the shut down begins to be over, everywhere. Police will go back to being police without much change. The ignition point was about race and brutality. The protests and riots were and remain about a whole lot more. There is racial injustice, just as there is a huge segment of the black population that remains poor. The government put together the first two trillion dollar 'bailout' and then two more to supposedly get everyone through the economic crisis. They spent about four hundred billion of that money by sending it to a minority of the population, then gave the rest to businesses, even hugely rich businesses like Harvard University and the Lakers basketball team.

They gave $1,200 to some citizens. What a strange thing! If they had committed the whole four trillion to the citizens, one and all in the entire country, it would have been more like fifteen thousand to each and every eligible citizen. Imagine a family of four or five...and how they would have fared?

No, instead, they gave the money to the banks, again, like the last time there was a financial crisis. The banks gave it to their own families and friends. And so on...