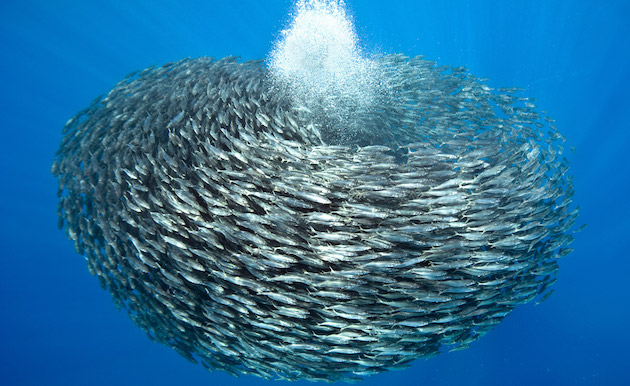 Are we in the center of a Fish Ball? Ho-hum. We wait. Maybe it is just that America got bored. So everyone is waiting until the inauguration so that interest and entertainment can begin.

Remember, we are not the far from the public rushing to big parks and meeting places to watch and celebrate the most gruesome of executions. There has always been a pretty big segment of the population that likes that, and the popularity of slasher movies kind of proves that. Most sexuality is banned from regular movies and network television but slashing murderous dismemberment is not. The country got bored so it is about to ‘enjoy’ the death and dismemberment of segments of it. I guess it’s important not to be in that segment.

It’s going to be kind of a fish ball thing. In the ocean, when the big fish come hunting, the little fish form these moving swirling balls of highly packed together moving little fish. Those on the ever-changing outside of the fish ball get eaten. So don’t be on the outside of this coming fish ball. The republicans are feeding and they are going to be doing so for some time. They will save social security and medicare by getting rid of it. Fish ball. They will employ everyone who will have to have a job by getting rid of overtime, minimum wage and free weekends.

Fish ball. They will reduce the anger and angst of roving youths by getting rid of child labor laws. Fish ball. Try to stay in the center. You have four years to go. It’s going to get a bit harder because the fish ball is going to get smaller. The only small prayer and hope in the whole thing is that fish ball might decide to do something different, as it rarely does from time to time. Turn around and eat the predatory fish.