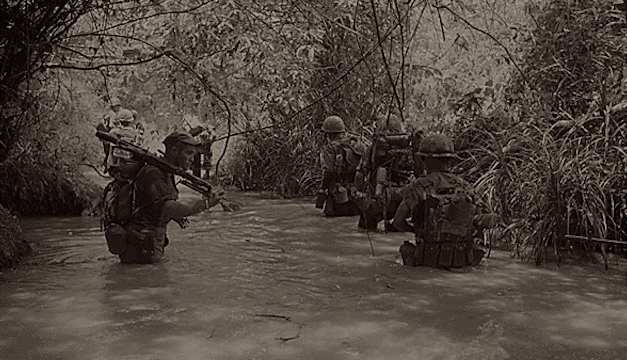 The Sandys came sweeping down the river, obliterating all other sound, the roar of their engines and propellers lifting my spirits in spite of my being trapped at the tank with a dead good kid and a living bad noncom. I hugged the edge of the tank’s right tread, the metal warmer than the cool water slowly dropping my bod…