From The Wilderness, Article Eleven 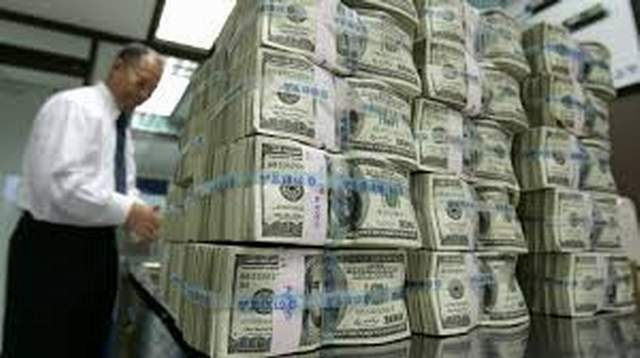 The financial, and therefore economic, world is not what it seems at all.  Back in the years before Ronald Reagan’s reign as President, the most massive amounts of liquid capital were held, maintained, and grown as part of the American insurance industry.  Life, auto, annuity, medical, and disability insurance companies gathered tons of premiums and minimized the payout of claims.  After expenses, they held giant accounts of pure cash.  And then things began to change, once the amount of cash began to become known to those individuals who would go on to become the country’s fast-growing group of billionaires.

Insurance companies were not the most secure, secret, or controllable places for so much cash to be accumulated and then decisions made on what to do with the money.  Oh, some of that money went to stockholders, and policyholders, and some was also internalized after a growing excess of expenses was deducted (insurance companies soon became the builders of the largest buildings on the planet.  The growing mass of billionaires much needed to hide large amounts of cash, some taken from profits of huge businesses, some from earnings on oil, gas, and utilities, but much of the money was creamed off the top of the insurance company pile of capital.

Note that to this very day there are no federal rules regarding the control of insurance companies or the money they accumulate. There is only state control, and that is extremely fragmented and weak.  They keep their own records, as well, so nobody really knows what they collected or collect in premiums or have paid out or paid out in claims. What a recipe for a special kind of organized and stealthy seizure of cash, even if the cash has been and will remain converted to bearer bonds, wires, and now cryptocurrencies worldwide.  The money is going offshore to banks set up in special places like Luxembourg, the Channel Islands, Bermuda, and more including more minor receptacles like Switzerland and Ireland.

One of the truly rare questions that may no longer be asked of a President or major powerful politician, is whether they have an offshore account or attorney firm.  The last time that question was asked was by a reporter from ABC and asked of Mitt Romney when he was a candidate for President.  He answered the question truthfully, and a very short investigation followed.  He almost lost his candidacy before the investigation was suddenly halted after three days.  That potential disaster is now averted.   Anyone asking such a question from a press room or open audience is very quickly removed from the potential respondent’s presence.  That happened to Barack Obama during his first term as president.

The amount of money held offshore is approximated to be one quadrillion dollars. That’s right, that’s one thousand trillion dollars in liquidity.  That amount is so great and so influential that no holders of such offshore accounts or interests in attorney firms are ever revealed.  In the Panama revelations the prosecutor, not the defense attorneys, required that the names of the account and attorney interest holders not be revealed. You read that right.  The same thing happened with USB, the European Bank that was fined the largest amount of any financial organization in history in New York.  The same rule was applied.  If people are sent abroad to investigate offshore account holders they quickly return empty-handed, except for the new offshore account they’ve acquired, already well funded.

The billionaires do not pay their expenses for homes, boats, or large private jets from accounts in the U.S. They pay for those huge expenses from their preferred and owned attorney firms spread across the globe.  The average billionaire in the United States owns 12 residences around the world, at least one yacht of more than 100 feet in length, at least one business jet valued at ten million or more, and so on.  If you really have had an interest in knowing what power controls most actions of the 195 countries on the land portion of this planet, then you now know.  It’s the quadrillion.  The billionaires meet in Davos, Switzerland once a year to discuss how to influence the world with that uncontrolled and unstoppable wealth.  The mass media worldwide refuses to cover any of this kind of data or behavior, for obvious reasons.

Share your thoughts and experiences on this topic below