From The Wilderness, Article Fifty 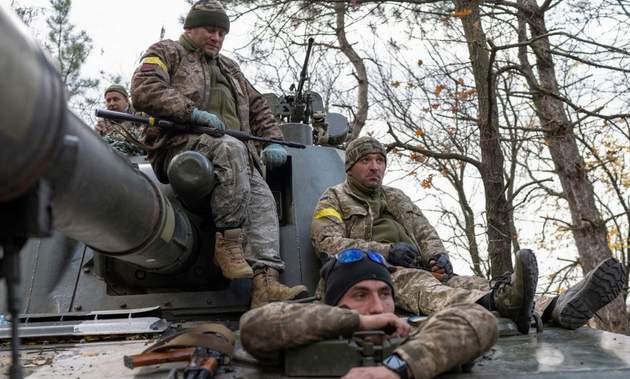 THE MYTH OF THE LIBERATION OF KHERSON

Russia has abandoned Kherson, Ukraine.  The city was not retaken, as has been presented time after time by the U.S. mass media.  The Ukrainian army is repossessing the war-torn city and being received as liberators.  They are liberating nothing of course, but the portrayal and spread of the mythology is important.  This city is one of those milepost points of gathered population interest along the western edge of the country.  Moldova is the country bordering Ukraine further down south and the Crimea is the Russian-occupied region up north that borders on Russia.  This war, which seemed in its beginning to be a general war against the main geographic body of the Ukraine very quickly turned into a continuing series of strikes, attacks and occupations of a strip along the western edge of the land, as I predicted it would devolve into earlier, before the reality took place.  Since Russia is surrendering Kherson without more fighting, what is going on?  Why would Russia give up this battle-won prize without being beaten out of it?

The Russia/Ukraine war end is already being negotiated.  There can be no other explanation, not with winter about to bury the entire region in snow and ice. The winters in Ukraine are very similar to those of Wisconsin, with most months having temperatures below freezing and occasionally much lower.  All Russia had to do was continue to set in, get resupplied a bit (there was a lot to be said for living off the land and what it provided too), and hold out for the coming of spring. The Ukrainians, who’ve been remarkably well equipped by modern weaponry shipped in from Europe and the U.S. does not really have the economic or supply (war materials or otherwise) to mount a full and continuing attack front through what could be a devastating winter period.

The Russia/Ukraine war end is already being negotiated.  It is simply being done very secretly.  That secret ‘back channel’ stuff has to go on because neither side wants the populations interested or involved to have any say at all in what comes out of it.  This article is not written based upon access to secret reports about secret negotiations.  This article is based on a logic developed with long life experience and a good measure of intellect.  If you stand back from the ‘map’ of the war things can become fairly clear.  The earlier predictions that came from this site and were not presented in mass media of any kind, were all about how the war had to evolve, with Russia fainting at the interior of the country and then focusing on the western corridor extending from Russia’s southern border down to the northern border of Moldova.  That situation happened as predicted and is continuing to happen.

Russia is not going to need to take more land or fight more battles, although it still may do so simply to cover the fact that this war is being brought to a negotiated end.   The United States and the European Union are going to be saddled with a trillion dollar ten year rebuilding agreement, and series of payments, to rebuild the Ukraine.  Russia is going to get its corridor, where it is given open, although controlled passage up and down that western corridor currently being fought over.  Moldova and Romania will agree to the Russians crossing their land and accessing the nuclear reprocessing plant.  The Russians will be given these things because nobody on the planet, certainly not the developed and ‘civilized’ populations, can afford to have a nuclear war.  Russia still has nukes that will explode, although their inventory is decaying rather quickly. It’s worth it for the rest of the world to throw a trillion dollars at the Ukraine.  It’s worth it for that country to take it.  It’s worth it for Russia go finally get what it feels It has to have to remain anything of a world power.  It’s worth it for the entire world to participate in this negotiated peace simply because Russia has never truly been a nuclear threat, has never struck first, has never used a nuke in combat or any of that.  Hundreds of thousands of people on both sides have been killed and more psychologically or physically injured by the conflict.  The dead must be accommodated and the injured as cared for as possible.

The Russia/Ukraine war end is already being negotiated.