From The Wilderness, Article Five 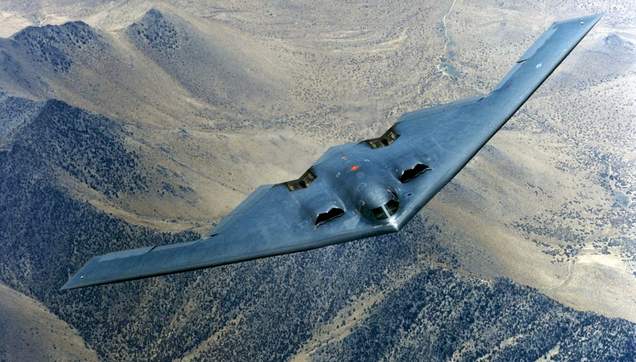 The FBI recently served a warrant on Trump’s home in Florida.  The warrant was a search document that specified classified documents illegally removed from official depositories and never returned when the President became the ex-President.  No information was given out with respect to what might have been in the missing documents, never before, during, or after the search.

Many boxes of confidential, secret, top secret, and above top secret papers were taken from the residence.  Last week, two weeks following the search of Trump’s residence, and all the media stories that have risen up and stayed atop the public consciousness like the foam atop waters rising up to sweep inland in front of an approaching hurricane,

Aviation Week and Space Technology, that weekly magazine most Americans have no clue about, published on its front page a representation of Russia’s newest bomber.  Russia hasn’t produced a new bomber design for forty years.  Inside the issue of the magazine was a three-page description of this very modern and technically superior flying weapon.  Aviation Week did not publish the simple and obvious fact that this new bomber is an exact replica of another bomber.

That bomber is called the B-21 Raider and is still finishing testing at secret U.S. facilities (Area 51) before being mass produced to replace the B-1 and B-2 bombers currently serving the U.S. Air Force everywhere.  Also, for the first time ever, going back to Soviet Union days, the Russians are not keeping the project classified, and that’s as the design is being taken straight to production, which is uncommon in bringing out any new airplane design.  Why is nothing secret about this project?  Because the Russians know that the U.S. knows about every detail of their new flying weapon system.

What Aviation Week did not reveal, the big glaring elephant sitting in the middle of the proverbial living room was the source of information and plans the Russians had to have to work with to build this new 5th generation bomber.  The Russians have a national defense budget of 60 billion dollars and are fighting a full-scale war in Ukraine.  The development of the Raider has consumed almost 20 billion dollars of U.S. money back here at home.

Now, let’s go back to what the FBI might have really been after.  The FBI is charged with all counter-espionage operations within the borders of the United States.  The FBI was after the plans and communications regarding this advanced bomber that might have been revealed to the Russians by President Donald Trump.  That information comes from retired CIA operatives who retired in fear or disgust while Trump was in office.  Aviation Week editors obviously know this fact, as they said nothing about the potential sources of these revealed specifications, illustrations, and plans for the Russian bomber.  That a sitting president would give away such information is nearly unthinkable but then, is it very likely something other than the correspondence of low or high-level military and political leaders would have to be there to have generated the risky and aggressively assertive decision by the Department of Justice to proceed, or of a conservative judge to agree to such a controversial and contentious search warrant.

Trump is vocally protesting all of what’s happened, as can be understood.  The Transfer of plans to Russia of a top-secret, newly designed, and soon-to-be-implemented bomber, if proven to have occurred, would invoke the provisions of Title 18 of the Federal Legal Code, which would entail charges of treason to be applied.  Such treason would not call for a settlement that would be as limited as Trump ever holding office again, or even a short prison sentence.  The punishment for such treason, if he was convicted would probably have to be much harsher.