From The Wilderness, Article Six 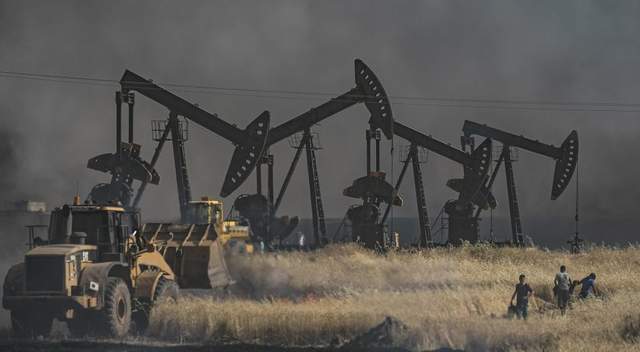 THE REAL STORY ABOUT THE WORLD’S OIL

The world’s oil reserves are not what they are claimed to be, which should come as absolutely no surprise to almost anyone following international conflicts and politics around the world today.  But this has not always been so,  Back in 1996, not that long ago, a man named Michael Ruppert (for whom this part of the website is dedicated) presented to me a proposal for his blog that was to be dedicated to ‘peak oil’ and how the world was about to run out of this vital substance.

Mike expected my support and attempted to use all sorts of scientific data to support his case.  The ‘real’ story that I tried to tell him, which totally debunked the idea and practice of peak oil ever occurring, at least in our lifetimes, was all about the lying that was endemic, and remains so, throughout presentations made by all oil-producing countries.  These lies are supported by the producers and those supported by them.  Mike would not buy it and proceeded with his peak oil blog and eventual speaking engagements supporting this theory.  The information I could not tell Mike, about why I was so adamant about my position in opposition to the peak oil argument was classified at the time.  It’s not classified anymore but the data has become unbelievable to regular citizens.

The ‘real’ story about the oil-known oil reserves of the world has a lot to do with the Falkland Islands.  Those islands, over which the Falklands War was fought back in 1982, happen to be above an oil reserve of over 1.5 trillion barrels of oil down at a depth of 2000 feet, or more.  The war was ‘won’ by the Brits, over Argentina, the owner of the islands (ceded to Argentina by Spain in 1800).  The war was about oil, although now, with the discovery of more oil reserves around the world in places easier (cheaper) to drill and pump from, the Falklands oil operation (called Sea Lion) is listed as only having a few billion barrels of oil reserve and pumping almost none of it year by year since the war.  The Brits argue that the islands were their very own because in the 1800s a bunch of its citizens moved there to live.

The U.S. has also developed fracking in such a way that the old oil fields drilled over the years have become fertile oil and gas producing sources to the point where the U.S. leads the world in oil production and export.  The mass media continues, however, to support the nonsense about the Ukrainian war having a great effect on the price of gasoline. Not. The price of oil and gasoline will go on, to be toyed with through the years to the point that whenever prices go low, those who own the mineral rights cut production for the most spurious of reasons and then ride a profit stream that is astounding in size and scope.

Your Ideas about the “World Oil” situation?