From The Wilderness, Article Forty-Five 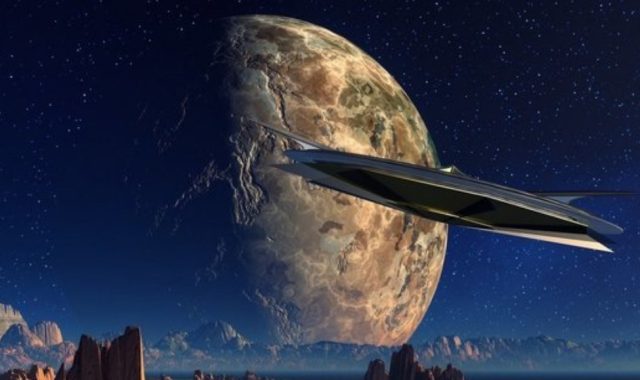 Going back in time to the earlier great authors of science fiction, many of them presumed to write about insurrections of earth humans on other planets; those fictional humans living under the enslavement of aliens or other evil human occupiers.  Even the more modern Star Wars saga uses the insurrection of the rebels against the forces of the Imperium.  The insurrections forecast by fictional creation in an earlier time have been predictive of just how civil war rises up from seemingly almost nothing at all to consume, and then revolutionize, what seems to be a very entrenched social order. The most noticeable, but quietly insidious force determinable, from taking in the writing of those earlier, and not so early times, is the elastic behavior that results from humans coming together and committing what seem, at first, to be simple or relatively small acts of violence.  Any media present or around the area seems to play a role in this elastic behavior.

How does it make itself known?

A notable, and the husband of Mrs. Pelosi, Paul, is an excellent potential example of what may start an insurrection.   Mr. Pelosi was seriously assaulted in his home by a person who is closely aligned with the right wing, whether that right wing of the current American political system accepts him as that or not.  At first, almost all sources and powerful people on both sides of the very polarized social order decried the violence, but gradually members of the very far right celebrated the assault, and went on to wish such an act (or worse) upon Paul’s wife, one of the most powerful humans on the planet.  What happens next, has not really happened yet, although it can at any time. What can happen next is that the other side, the members of the far left of the opposing liberal party strike back with a similar violent act of their own against a powerful member of the right wing.  The left wing radicals then celebrate ‘getting even,’ while both party majorities continue to decry both acts.  You can guess the rest, the rest that leads directly, but subtly, into a full scale and unstoppable insurrection.  Back and forth the violence bounces and reverberates until the involvement of a great part of the public is involved.

Almost nobody involved would be able to ascertain what actually caused the insurrection that might topple the government and the entire American social order.  Celebrations of such violence, usually seen between countries in disagreement, are common across the planet, and have been for most all of civilized humanity’s existence.  The marching bands, parades and great parties that almost herald the beginning of every war, even though, through books, newspapers and now television and the Internet, the result of these wars is almost always the same; thousands, millions and tens of millions of dead, with many more ruined or maimed for life.

War is also much celebrated even while it’s going on.  Think of the WWII movies starring John Wayne and other great stars who played mythically powerful and courageous warriors when they were all anything but that themselves.  The results of insurgency and the eventual war it leads to are quickly forgotten.  The murder of millions of Jews can even be found to be denied by many, though the physical evidence is stunning in its authenticity, and the volume of it.   America’s initial attack on the capital of Iraq was called ‘Shock and Awe’ during the first days of the brutal artillery, air and missile attacks.  That the primary humans living and trying to hide in that city while it was being attacked were civilians, including hundreds of thousands of children, was ignored by the media and remains nearly ignored to this day.  The same treatment of the Ukrainian capital city by the Russians is, however, described as barbaric and the effect is a series of crimes against humanity.

The purpose of this article is not to indict the media in its handling of such acts.  Instead, it’s meant to make every reader aware of the precarious nature of not only engaging in violent acts to accomplish any social goals, but also about how such violent acts can spill into a conflagration that can easily and quickly maim and kill the very humans who began engaging in merely celebrating such violent acts, as well as damned near everyone else.