From The Wilderness, Article Seven 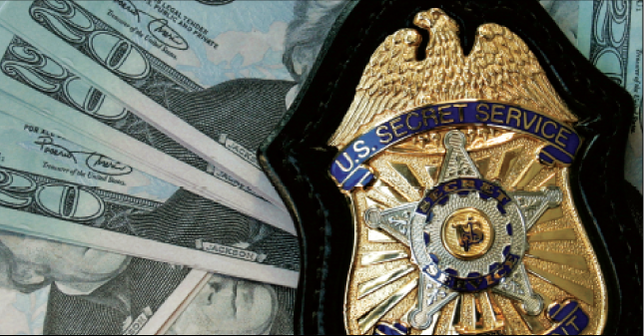 The Secret Service is all of that, at least as far as the secret part goes.  The Secret Service has training facilities, aircraft, vehicles, weapons, and electronic access and gadgetry that the public has no idea about.

The tip of the Secret Service spear is the Presidential Detail, which is a whole lot large than most people might imagine. Those few agents who shadow the president wherever he goes, and are always looking about, like eagles hunting prey, are the very visible yet dullest part of the tip of that spear.  They actually do little or nothing, other than give up their personal lives to travel everywhere with the presidential detail and getting little time off from the ‘job.’  Note, except in the movies, those men and women very seldom ever expose themselves to harm in order to save a president.  You saw that for yourself, if you were around, or want to go on the Internet, when presidents have been shot at, or otherwise exposed to physical harm, the agents around but not placing themselves between the president and an attacker.

Note the Kennedy assassinations, Reagan, and more.  They are more of a deterrent with their presence than because of their conduct under fire.  But ninety-eight percent of the Secret Service isn’t tied up with the visible portion of the Presidential Detail.  Part of that detail, for example, and the largest invisible part is all about preparations for the President to travel and the pre-emptive team that must be sent out with vehicles flown in on their planes, special equipment to detect potential threats, and the planes and other stuff they must have to make sure any of those potential threats are identified and put under surveillance.

One part of the surveillance, once potential threats are encountered at a distance, is the targeting of these individuals or members of a group, without resorting to Follow My Friends, or any of that using regular electronic equipment (like cell phone location through cell tower examination through triangulation).  The electronic stuff only works if a potential threat is carrying or using electronic equipment.   In the real world, the agents must assure that the target is physically accounted for and prepared for whenever located within a certain distance from the President (that distance is usually a minimum of three miles).

The system that is used to effectively accomplish the surveillance requirement has no name.  It’s simply applied.  It’s not classified, as it’s ‘protected’ by the fact that regular citizens do not know about it, and if told, they don’t believe it.  This is a system of practiced secrecy taken from the UFO phenomenon and the intelligence agencies and military response to it.  If the program can be made to appear ridiculous then its existence of it remains totally secret because it is socially unacceptable to believe it.

The current system used to target human beings without their knowledge, participation or suspicion is a physically applied fibrous insertion into residences, and businesses or applied from a short distance to their bodies.  It’s a spray of invisible short fibers (visible only under certain specific conditions which will be revealed later in this article).  This spray can be inserted into homes, apartments, and so on, but having a single individual, usually disguised as a utility employee, drilling a three-millimeter hole through an externally located wall.

Using a backpack-contained reservoir, the fiber is pumped into the residence or business under pressure.  The process is almost entirely silent.  Once the area to be filled is saturated (these fibers go everywhere and remain suspended in the air for many hours) the second part of the application proceeds…from space.   Satellites orbit the earth, sent up by the U.S. military.  Aboard many of these satellites are special helium lasers, that transmit very weak but very broad beam emissions down toward the planet.  Those emissions are nearly undetectable unless wearing special glasses that magnify the filtration necessary to view infrared light (normally invisible to the human eye).  That broad beam transmission, when striking the special fiber that has attached itself all over any target entering, occupying, or moving about in a filled residence, business, or having been sprayed with by a passing civilian-seeming person, is instantly irradiated.  The fibers light up with an intensity that is similar to a neon light.

Why is this system so effective?  Because anyone possessing and then wearing these special glasses, which resemble normal dark glasses, will see the subject under surveillance as either a still or moving ‘neon’ sign against a dull background, at almost any distance and also through glass.  The target does not need to be encountered, alerted to the surveillance, or otherwise disturbed.  It remains unknown whether the exposure to the intensity of these fibers causes any physical aftereffects on humans so exposed.  The exposure has not been studied anywhere by anyone, in order to protect the secrecy of the program and its great effectiveness of

The fibers can be revealed, however, to anyone who knows about them and might be looking for them.  The area of air, with the fibers floating inside it, if penetrated by a powerful flashlight during near total darkness, will reveal tiny reflections seeming to spark off the always-moving fibers.  When the room lights are turned on, the effect disappears and nothing can be seen.  These fibers can also be observed with the special glasses, of course, although these specific glasses are not available to the general public for obvious reasons (some are in the possession of scientists working with the helium lasers in labs, but that’s about it).

The Secret Service fields six to ten vehicles in advance of every presidential move to any location.  The number of agents assigned to this relatively unknown part of the Presidential Detail is in the hundreds.  The number of subjects or targets so placed under surveillance can be as few as four or as many as forty.  The ability of these specially trained agents, while on active duty or after leaving the detail, to keep such secrets has been as effective as those members of the intelligence agencies and military who’ve worked with the UFO phenomenon.   The Secret Service generally does not pursue any agents who might reveal such things.  They merely exercise the special provisions of the employment contract that allow them to take the homes, autos, cash, and future income of anyone who might be so injudicious as to reveal such things.  Street people without any identification are not considered (after such action) to be much of a threat or believable.