From The Wilderness, Article Sixty-Three 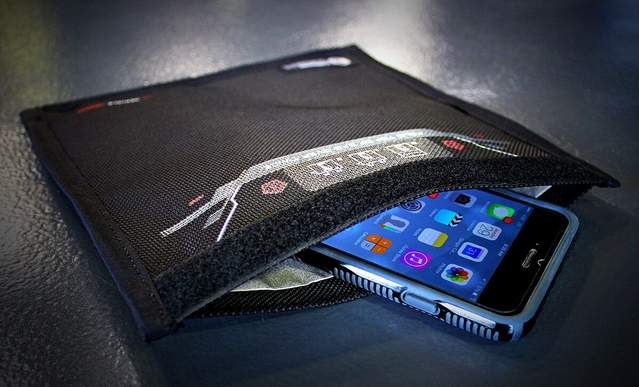 Automatic driving is coming but much of the public is resistant to its introduction because of negative media coverage (over blowing any accident where auto driving has been involved) and a complete lack of understanding about what benefits will ensue from its installation across the land.  One of the greatest benefits that’s almost unknown and not discussed or written about is police contact with the public.

Normally, people believe that the police are involved with responding to calls for help and investigating reports of crime in all of its variations.  The police are involved in those things but police contact with the public has those pursuits as only a very minimum statistically in the overall picture.  Fully eighty percent of the public’s contact with police is through the automobile.  Car stops and checks have increased exponentially as police departments have grown in size through the years. Much of a police officer’s time, especially in winter is spent doing almost nothing and that time today is being ever more filled in with meeting, greeting and investigating citizens through automotive contact.  No, generally speaking, the police do not stop vehicles to make friends or pass the time, although relief from boredom for officers is never discussed as being solved by interacting deliberately with citizens.  There’s a new device that helps police interact with drivers of all vehicles.  It’s called the Stingray and the public, for the most part, as not idea it exists or how it is used.

The Stingray is a cell phone tower simulator that acts, when installed (and the antenna is small and surreptitious, usually mounted on an existing cell phone tower with no complaint from cell phone tower operators).  This device allows the police to track ‘people of interest’ by using cell phone transmissions the public generally transmit by having cell phone in their vehicles.  Normally, the police need a warrant, based upon probably cause that a crime is being considered or committed, to track a cell phone.  Those warrants are laborious and bothersome to get and they also require some kind of background and investigative time to get.  The Stingray gets around all that.  By having an inhouse Stingray tower, or using the equipment of a nearby police department, police officers can watch where and when a certain cell phone is moving or stopped when nearby.  The range of Stingray acquisition is about seven miles, so detection and tracking are a relatively short-range thing.

Who gets tracked?  Tagging is the word that used by police forces around the country (there are 27 states where police are using these devices (Illinois, Wisconsin and Minnesota are just three).  The states that allow the ‘extra-legal’ go around by police (going around the necessity of securing a warrant) are indicated on the Internet with a simple search.  Who gets tagged?  Anybody.  There’s currently no monitoring or accountability for using this boredom-preventing tool.

Tagging is done by police officers themselves, not by any authority.  If a citizen is stopped for any reason and the police officer stopping the vehicle finds the driver suspicious, or simply doesn’t like that person, then tagging is simply and almost instant.  The police share tagging data, incidentally.  If a person is tagged (the driver’s license data is run through a computer to discover a cell phone number or the number is actually requested by the officer on the scene) then car stops will become a regular part of that driver’s life.  Other police officers will invent reasons for a car stop (erratic driving, running a red light, car insurance, registration, or whatever) and the person tagged will be questioned, many times not cited, but harassed, nevertheless.  Fines have reached new record levels everywhere.  In Illinois, for example, every citation is accompanied by a $240-dollar administrative charge.  That means a ticket for a hundred bucks becomes $340 instantly.  Failure to pay is met with suspension, and the fine goes up to $1000, plus the $240.

If you are being stopped on a semi-regularly basis by the police, then it’s likely that the cause has nothing to do with your driving.  You’ve been tagged, and there’s no way to discover if you have been tagged or not.  There’s never a mention of Stingray having targeted you.  No court will allow the use of Stingray to be used by a defendant or admitted existing by the police.  Not so far, anyway.

The Faraday Bag.  Forget turning off your phone.  Stingray picks up the latent signal always present when a cell phone is turned on or off.  Only removing the battery ends any connection, and today, for likely reasons, batteries cannot be readily removed from cell phones anymore.  The solution, although it is mildly problematic, is the Faraday Bag.  Available on Amazon for between eight and thirty dollars, it surrounds a cell phone in a pocket of copper wire mesh.  No electronic signal can penetrate the mesh, either from inside the bag or out.  When traveling at all, even locally, a person can protect travel and privacy by putting the phone inside the bag and then taking it out upon arrival at some destination.  The point is not to hide, but to avoid interaction with a police entity that is always in search of uncovering illegal activity or even going after people who might have a different political persuasion.

There are no rules in the use of Stingray information and there’s no record either.  The abuse of the information is everywhere, silently helping to erode the public trust in police officers and forces.  Do your part to help the police with their image and also your own private life.  The Faraday Bag also helps drivers not be distracted with talking on the phone or even using it through automobile Bluetooth speaker systems.