From The Wilderness, Article Sixty 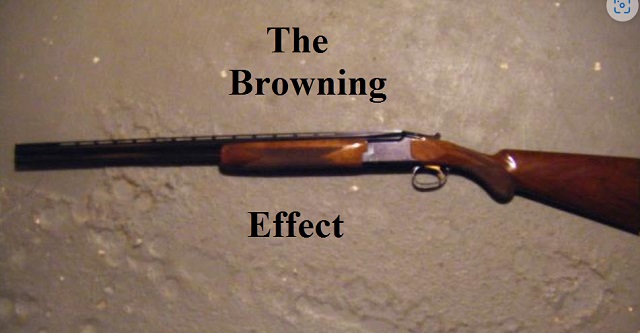 What is happening with Elon Musk, supposedly the richest man in the world (but in reality, not at all), and the emotional reaction that has caused for the rest of the nation and even some parts of the world. Without stringent and well monitored and accountable rules and restrictions, the majority economic systems of the world, called capitalism, allows for the creation and incidental problems the Musk phenomenon has once more brought to the forefront of not only the nation’s emotional health but also some of the country’s most important developments on into the future.  Space exploration in force, the coming revolution of electric transportation, and a world wide web of singularly controlled and applied WIFI and cell phone operations have become part of the portfolio of a single human being who’s also entered the communications “voice” industry in order to lay down his developing authoritarian message and orders about the way life in the USA and on this planet ought to be conducted.  That the U.S. government allowed the creation of these projects, by massively supporting Musk with loans that were based upon almost nothing, but his words and plans is the subject of another article.  Elon has come to believe, a not uncommon belief put forth by such singularly powerful industrialists, that he alone built all of what has been built all on his own, with only opposition to his views and plans instead of overwhelming support being given to him and his projects.

Many years ago, when my own friendship with a major artist working in the genre of acrylic paintings, was reaching the peak of his success, we talked every day on the phone and wrote each other letters every single day.  This wonderfully talented and successful painter was going through his development into fame, much like Elon’s but in a much-reduced form.  This artist developed an unshakable habit of rising to great success with projects for major museums and galleries.  When he would reach a certain point of success with these necessary entities, he’d do something that would bring everything crashing back down.  He would have to go back to work, revise his strategies and tactics and then restart all over again.  He invariably did that, time after time.  He came to understand over time, and with my advice on the side, that he was actually doing this to himself, although coming to that conclusion was very difficult for him.

One day, in a moment of real clarity, he brought this whole effect to the forefront with a description.  He said that, when he was at a level of great and honored success, he would reach back to his nearby closet, take out his Browning .410 shotgun, aim it down at his right big toe and then pull the trigger.  The pain was awful and long-lasting, he said, in this allegorical description.  The toe would amazingly grow back over time, once the Browning was retired back to the closet.  This rise to fame, and then even faster descent into a pit of failure and lack of attention happened so often that we came to call it the Browning effect.  The effect faded over time, but only after this famous artist made a decision to stop seeking fame and trying to derive any satisfaction from the artifice it really is when considered for its truth and emotional satisfaction.

Elon Musk is, and not for the first time, suffering from the Browning Effect.  The purchase of Twitter is a perfect example of that.  His giant rocket called the Starship, wherein no other entity on the planet has built anything close to it (Artemis is a weak step-sister that that stunning creation) sits aging on a launch pad in Texas, having missed all of its launch dates for several years now.  The brilliant invention of the Tesla automobile line of vehicles wallows in its attempt to go from a minor blip on the automotive production charts to a major player.  Starlink if up there but not continuing to be fully developed.  Elon has taken out the browning and blown off his right big toe.  Now, the results of that have to be adjusted and Elon has to recognize what he’s done and then get back to a blank canvas and do what he does best.  The great artist I write about could not, and cannot, manage his own success, but, like Elon, he also cannot accept any real outside management of that success.  If he accepts outside management then the ‘magic’ of his expressed talent fails to show up.

Managing the world and its development through the applications of these new inventions cannot be left to brilliant, creative, and inventive geniuses like my artist friend and Elon Musk.  The stakes are too high and the suffering brought about by the lengthy recovery it takes to ‘heal’ from the effects of the firing of the .410 shotgun shell cannot be tolerated.

Capitalism does not take to restrictions and control, other than by those committing it, easily or with warm comfort.  Capitalism without significant and well-enforced rules of conduct leads only to monopoly.

Monopoly leads to eventual failure through its own success.  Play the board game of monopoly and you will understand.  The game ends when one player owns and has everything.  The player is a winner.  The player of that game is right.  Do not ever forget the mantra I’ve brought forth in other articles:  “You can be right, and you can be alone.”