From The Wilderness, Article Ten 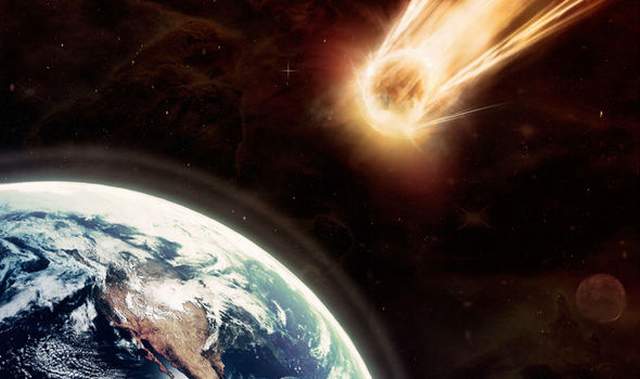 Probably the most accepted ‘fact’ about our universe, continuously reported by the highest rank and degreed astrophysicists and institutions, is that matter in the ever-expanding and revolving universe dependably does what it is supposed to and has always done.   This accepted fact allows scientists to make predictions that would seem and be impossible without that dependability.

Space travel up from earth vitally depends upon things always reacting in the same way.  If that wasn’t the case then calculations could never be made to gain orbit or reach the moon or anywhere else.  The calculations can be made so precise that, for example, an asteroid spotted out in space, and years away by its speed, can be calculated to hit or miss the earth to such an extent that, even though the planet is spinning very quickly in a solar system also spinning very quickly within the galaxy.  Not only can the course of the asteroid’s travel be plotted in speed, but if it is calculated to hit the earth then the exact spot it’s going to make contact on the planet can also be calculated to be within a few feet, if not inches.  The universe has proven to be the most dependable thing in all of our lives, and all lives that have come before.

You might ask the question: “why is this important to this article?”  Well, this article only has a foundation established by making sure everyone reading understands this ‘dependability.’  There’s a project.  A classified project.  The existence of this ‘tech area’ is not classified, so I can write this article (if I am careful) and not go to prison.  I can also speculate about how work might be proceeding on this twenty-year-old project.

The project is all about finding and then seeking out and traveling to nearby moving asteroids.  Large asteroids are generally about fifty million miles or more away from the earth, but many fly to within a few thousand miles.  In fact, as recently as less than a year ago one such asteroid, a kilometer in diameter, flew within a million miles of the planet.  Why is this distance and the asteroid’s size important, not to mention a general public acceptance worldwide that an impact on the earth from such an object would be an ‘act of God,’ rather than caused by either humans or aliens?

As you read this article you may get the feeling of what is coming, or may one day be coming, in this article and in real life.  The United States can build rockets that reach high speeds once beyond the atmosphere of the earth.  Twenty-five thousand miles per hour is not considered a high escape velocity for a departing rocket.  A passing asteroid is therefore within reaching distance by time (as vehicles and objects traveling in the vacuum of space stay at the velocity they’ve reached outside the atmosphere.  That time would be about forty hours.  Once reaching the object and matching its speed and direction, the asteroid could be ‘influenced’ in its course of travel.  This project, to seek out and reach nearby flying objects in space is purported to be a project set up and funded to defend the planet in case a life-extinguishing asteroid or comet might be headed for the earth. This project is not about that, although its considerable assets could be converted to that use.  This project is about influencing the course of a smaller asteroid, using the dependability of calculations infinitely detailed, and having that object strike the earth where directed.

Think about the fact that a small asteroid impacting the earth could do so, with respect to its size and speed, with multi-megaton effects.  There would be no radiation to deal with.  The blow would be surgically delivered in every way, from size to effect.  The blow would also come with total ‘objective’ conclusions by everyone that this act of God was unfortunate and impossible to predict or stop.  Remember the recent article you read about the current secret space shuttle, which is up in orbit right this minute, as you read this?  Nobody else has a space shuttle. Nobody on earth has the off-earth capability of this country, or the money, or the organized ‘Space Force’ in order to plan and implement such potentially deadly weaponry.  No country even has the ability to detect that the U.S. is out there in space to the point and effect no one, outside of a very small circle, has any idea about.  The universe has vastly great dependability.  Mankind can be nearly as faultlessly dependable in coming up with newer and ever-improved weapons to kill one another.