From The Wilderness, Article Three 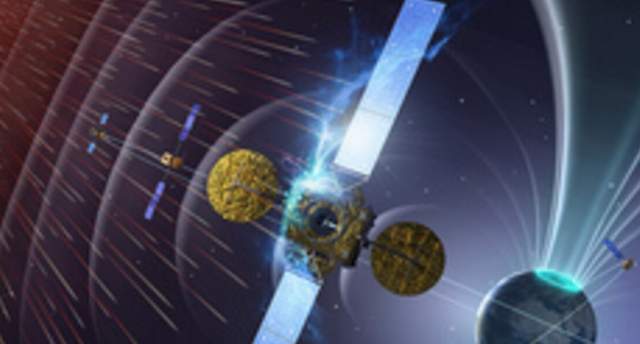 THE STARS UP ABOVE

The first Star Trek television series came out on television just as I was heading off to Vietnam in 1968.  Later versions came along after I got home.  All of them had some fantastic electronic equipment that the crew of the Federation ships considered run-of-the-mill.  One of those pieces of equipment was a sensory apparatus that could determine, from way above the planet, many conditions occurring down on the surface of that body or even within it.  That series, since the advent of the American space program, predicted some things that the forces of our own time would have at its disposal.

One of the detectors sent to orbit around the earth of today, in fact, many of those detectors, reveal enriched uranium and plutonium.  Not only do these detectors let American intelligence forces know about the amount of material and its content and stage of half-life, but they also indicated the ‘signature’ of the place where the original raw ore was mined and then transported to be enriched.   Back in 1996, I was part of the Agency patrol that was charged with carrying pieces of enriched material through the many detectors the Western allies had in place at international airports, shipping terminals, and more.  Those early earth-bound detectors had to be tested to make sure they’d go off in the event that someone tried to slip some fissionable or fissionable material through (otherwise known as a nuclear device).

The television show called “24” used the lack of detection as a plot device to allow a nuclear device to be shipped by container into a San Diego port.  That would not have gone undetected in the mid-nineties and certainly not today.  What does this now revealed array of detectors tell you if you think about it?

Well, for one thing, it should relieve you.  There was talk of installing detectors at all ports in America following the 911 event.  That talk died out and went away.  The U.S. at that time did not want it revealed that we have such detectors already in place, and following the removal of those, detector satellites high up in orbit doing even a better more revealing job.  The second thing it might tell a thinking person about this situation is that the U.S. certainly knows whether countries have nuclear or atomic devices in their potential or real arsenals. Not only that but how many they have and how powerful they are likely to be.

Whether Iran has nuclear weapons or not isn’t even discussed at the very top of the intelligence community agencies.  They know.  The final thing you might think about is how the U.S. must also be well aware that the former Soviet nuclear weapons, now many of them in the Russian arsenal, are beyond being able to explode.  Russia is basically gambling it all on winning back control of the enrichment plant located at the upper tip of Romania.  Our intelligence communities can probably tell the Russians if they so choose to, and they won’t, just how many nuclear weapons they have that might work and where to access them.

The United States is the most powerful country the world has ever seen and yet even more of its power is unknown to the very citizens who inhabit the countryside.  Anyone reading this article should feel more secure and protected, except for believability.  There is no real hard proof of what I’ve written here, no matter how I was involved back then, that any of this is true.  The U.S. leadership structure isn’t going to confirm it, not now and maybe never.