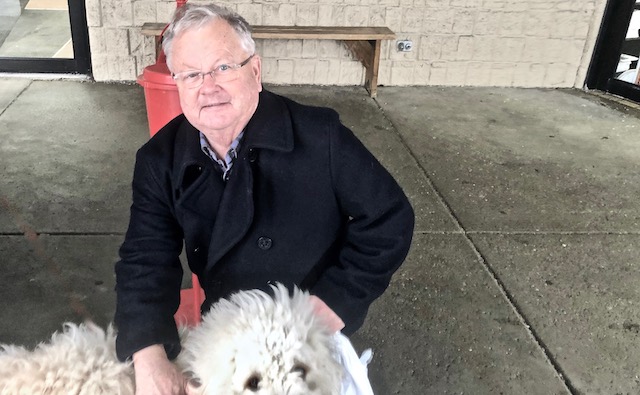 The winds off of Lake Eerie blew cold and hard through the streets of downtown Buffalo.  New York was cold and damp in winter, although Arch Patton had never been apprised of that kind of weather occurring in the great state.  New York was all about the city, in almost all the literature he’d ever read or even in the college experience he had in the Midwest.  Arch had no coat.  He’d come in by bus to get the job his Coast Guard Marine Inspector Dad had arranged for him to have. He was to ship out that evening aboard the Daniel J. Morrell, one of the ore boats that plied the waters of the great lakes, going constantly back and forth between Lackawanna, New York and Taconite, Minnesota.  The freight was iron taconite pellets and Arch’s billet was as a common seaman or deckhand.

The bus had come in at about three, so he’d decided to walk into the downtown area of Buffalo, which had proven to be a bit of a mistake.  Almost nothing was open in the afternoon because of the blustery conditions and the onset of winter to the area.  He found a clothing store open and went inside, more to warm up than to buy anything.  The clothing all looked too expensive for Arch’s poor small budget.  He slowly warmed up by walking through the racks of suits and other male attire.  The place was clean and all the material made it smell wonderful.  The only other man in the place turned out to be Bill.  Bill said he was the owner and wanted to know what Arch might want of his stock.

Arch didn’t know what to say so he came up with what was on his mind.

“Ah, a sailor,” Bill replied, with a big smile.  “You don’t look like a sailor. You look like a college kid.”

“I was that, but now I’m a sailor, I guess because my dad got them this job with the ore boat people.”  Arch made the reply uncomfortably, wondering what a college kid really looked like and why he fit that description.

“What do you have?” Bill asked, causing Arch to do a bit of a double-take.

“What do you mean?” Arch said.

“Money,” Bill replied.  “You have to have a budget of some sort.  You’ve got to go aboard a ship and probably, from the age and looks of you, you’ll be working outside on the deck in this weather.  The shipping companies do not provide clothing.  I notice you have decent boots and that’s a great start, but now you need a coat a hat and some gloves.”

Arch reached back to get his wallet out but he did it very slowly.  He knew what he had.  He had twenty-five dollars because that is how much he’d gotten from cashing in his only savings bond he’d received as a kid.

“Twenty dollars,” Arch said, shoving his wallet back into his pocket without taking it out.

“Okay, we’ve got a twenty-dollar budget,” the man said.  “I can work with that.”

Bill did not go to any of the racks, instead, he moved to the back of the room and headed through some drapes into a back room.

Arch barely heard him yell back “I’ll turn on the music, some of that stuff you kids love.”

Arch wondered if coming into the store had been a mistake.  He should have simply hiked the three miles to the Lackawanna terminal and gotten on his ship.  He’d asked dad what he might need to be a seaman but his dad had simply said that figuring that out was part of becoming a man and a man of the sea.

The music began to play.  The song was Guantanamera by the Sandpipers.  Arch had heard it before, but not alone sitting inside a men’s clothing store as the evening of winter in Buffalo came on.  The poignant nature of the song’s lyrics struck him. He knew the history of the poor poet who’d been hounded out of Cuba and when he’d gone back after the revolution they’d killed him.  He listened through the whole song with his eyes closed, sitting in a stuffed chair waiting for Bill.

Bill came out carrying a blue coat over his shoulder, with a set of gloves in one hand and a wool seaman’s hat in the other.

“The coat’s a bit large but it should do, leftover from last winter when it was really cold,” Bill said, holding out a big dark blue Pea Coat in both hands.

The song playing in the background ended and he gave Bill twenty dollars for the stuff he needed so badly but had not really understood what he would need.

Arch served as a deckhand on the Morrell for several months, getting off to return to St. Norbert College a few days before the ship made its last run of the season down through Lake Huron. The ship never made it, breaking up and going down with all hands, save one, in an early winter storm.

One day he walked into his favorite men’s store called Haberdapper, a high-end men’s clothing store.  As he sat and talked to the wonderful man who owned the store, the song in the background, playing over the store ceiling speakers was Guantanamera, by the Sandpipers and Arch remembered all the way back, as he did every time he heard the song through the ensuing years.  Steve excused himself and went into his storeroom, saying that he had something for Arch.  Arch sat waiting, and thinking about a couple of the memorable shipmates he’d sailed with on the Daniel J. Morrell until Steve came back.  Without preamble, he walked around the counter and held out a coat.  It was a blue Pea Coat.  He said it was a size too large but might work for Arch.

The song played out in the brief stop in time as Arch stood and was stunned.

“I’ll take it,” he said to Steve, without trying the coat on.

“No, you better try it on,” Steve replied.

Arch stepped out of the storefront and walked toward his car, holding the coat he’d worn in under his arm.  He wore the over-large Pea Coat as he had done fifty-two years before.  In the first stanza of the translated Spanish poem he’d committed to memory as time had gone by and he’d heard the tune occasionally played on the radio:
“With the poor people of this earth, I want to share my lot.
The little streams of the mountains please me more than the sea.”

Arch got into his vehicle and sat still. He slowly stroked the rough but fine wool of the coat’s left sleeve.  He didn’t start the car.  He tried to put together the significance of the events that had transpired fifty-two years earlier and then only a few minutes in the past, but he could not.   Bill, so many years earlier had basically given the needed sailor’s attire to Arch when he’d needed them most, and then Steve had discounted the overly-large coat to almost the same extent.  What were the chances of that happening, and then the song, that song, playing along at the same time, as if shepherding Arch along toward some goal unknown to him?

Arch leaned forward and touched his forehead to the top of this car’s steering wheel and then closed his eyes.  Slowly, he whispered the first words of the song stanza he had memorized through the years.

With the poor of the earth, I want to share my lot...