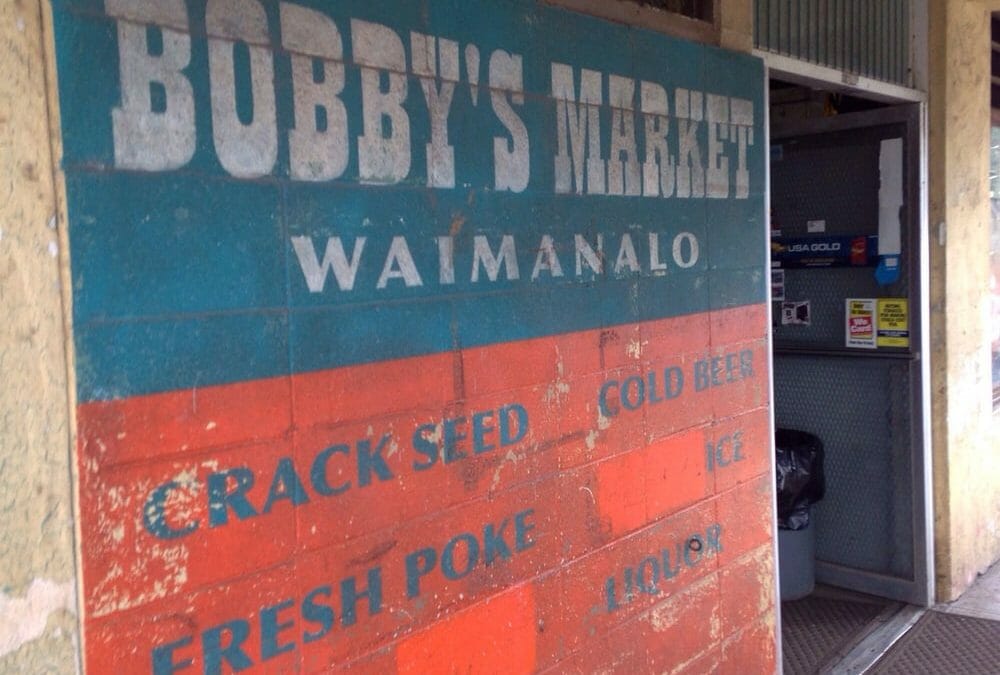 Bobby's Place
The second box on the way back to the continental 48. What's in the box? Well, nothing I have to indicate to the post office might be dangerous. But that's it. I went to Bobby's Market nearby. You know the place. The kind of seedy place you might have found Humphry Bogart and a down on his luck piano player back during the big war. The woman who runs it is Chinese.

I asked about Bobby and she said: "No, Bobby," and waited. Her name tag reads "Mama." She seems to be about three feet high but has to be taller than that. I watch her carefully as I peruse the goods on sale because she has that little old woman look. Like maybe, just maybe, there's a well-honed and sharpened hand ax nearby.

I was filling the box with Asian and Hawaiian junk for the grandkids, who use or eat almost none of what I find, but love to receive it in the mail for some reason I don't know. I am about my work when Mama comes over. "What you do?" She asks, her hair tight behind her head to such an extent I feel the pressure must be killing her. I told her what I was doing. "Good, good, goody," she responded and walked with me, grabbing and tossing stuff into my box! I now have a box full of junk I have little idea of what it is.

When I got to the house and examined my haul, like a kid on the night after Halloween, I realized I could not read the writing or printing on any of what she had thrown in. Shit. So I boxed it, taped the box and now it's going off in its current condition. A cross-cultural bomb waiting to 'explode' all over my grand son's living room. Their mom will not be pleased. Maybe that is the way life is supposed to be though.
Here's the box... 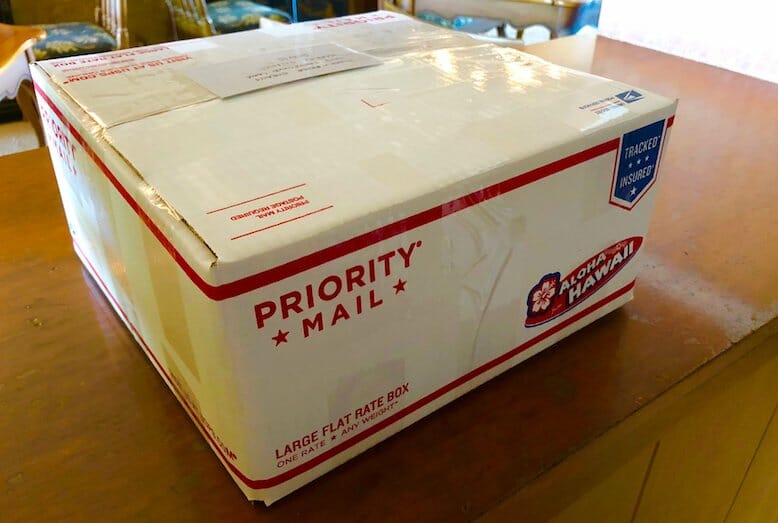 Box heading to grandkids from Bobby's