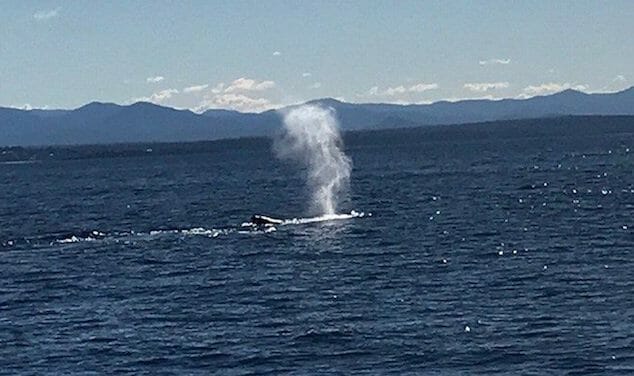 A whale.
Just one single whale spume, flying up at 6:52 am about half a mile out or a little bit less. What does that mean?

That means the whole whale thing is not the figment of my imagination. So, the adventure of the whales outside along the nearby shore is, and was real, at least with respect to some proof that there are indeed some whales nearby (well, one, anyway).

Meanwhile, on the home mystery front, the cat door might be the answer to the silent visitor stopping by in the dark of night. This morning there was plenty of sugar with nothing spilled. I resupplied at Bobby's Market the street run by two street urchins and an ancient Chinese woman who only says "U pay here." The word 'here' was pronounced with two syllables as "he ah."

I have no spy camera or night vision gear with me and no place to purchase it without being followed around by the TSA. This morning the gift basket left by the abode's owner was gone through. Nothing seemingly opened or taken. Just the clear acetate packaging was torn open below the big bow, and then the insides, consisting of Macadamia nut cans, a chunk of wax covered cheese and salami sealed in a thick plastic wrap. All still sealed.
The hole in the bag was about eight inches in diameter. I have no proof of animal life, not like with the whale (albeit distant). I have nothing but remnants I'm trying to piece together like Sherlock Holmes...although I guess he wasn't very much real either.

I did note that the Chinese woman's wooden shack of a grocery store had about seven video cameras trained on me while I paid. Cash only in her store. Pronounced "Own e." I'll bet she has the inside edge to security surveillance. There are mongoose nearby, but one can never overlook feral cats or even rats. Animal life is nearby.
My investigations continue. I am in tune with animal life and I do not know why. Maybe their presence indicates my own presence of worth in their scope of geographic consciousness. That's probably too deep though.

Image above is a spume photo. Is there a whale underneath? Unknown. 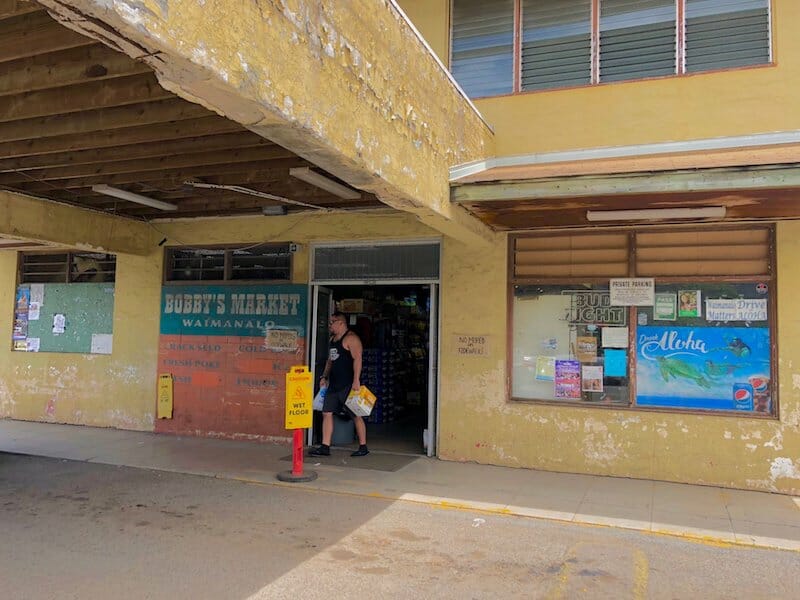