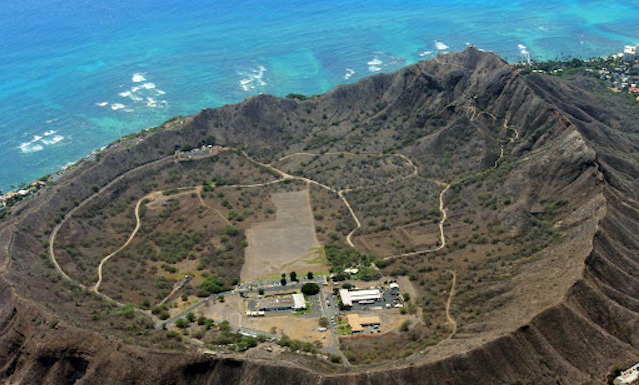 Sunday took a long time in coming, as Darren lay in his bed, under a giant poster of the moon, carefully pinned to the wall above his head. The night had been long and filled with waking moments of terror. Terror that Jimmy might not make it back like he was before, in spite of what both Colonel Bank and Star Black had said. Darren tipped his head back to stare, upside down, at the stark landscape of the moon, normally an image that fired his imagination, but not on this day. He glanced over at his small electric alarm clock. It was only six in the morning. The small birds sang away, as dawn was making its presence known, and the plumeria trees that hung wonderfully aromatic blossoms out over and toward his window from the neighbor’s house supported their bouncing from branch to branch and cavorting with one another.

Darren threw on a clean pair of shorts, a cotton aloha shirt with pineapples garishly printed all over it, and then moved through the house until he reached the kitchen. He prepared the long stem percolator coffee pot with ground Lion coffee and then left it for his father or mother to turn on when they awoke. It was Sunday, so nothing more in the way of chores had to be done and his parents wouldn’t be expecting him to be there when they got up because on Sundays he never was. His mother often asked where he went, but telling her, and especially his dad, was simply an exercise in pain and criticism. He used the surfing excuse most of the time, if cornered. Neither he nor Jimmy really surfed that much. Mostly they just hung out in downtown Waikiki, went swimming, kiting and flying model planes at Sandy Beach, body surfed Makapuu or went to the Navy base to sniff around for interesting stuff that might be going on there.

Today was different, however. Jimmy was supposed to be home, although Darren doubted he’d have gotten out of a Navy hospital on any weekend day. But Jimmy wasn’t normal and the circumstances of his injury hadn’t been normal either. Colonel Bank was downright scary, and the helicopter coming in for the evacuation had been intimidating as it was exciting.

As was typical of all of the homes Darren visited in Hawaii, the Dorrenbacher screen door was all that was closed. He peered through the screen before knocking, and was not disappointed.

The first thing he noticed immediately upon entering was seeing his friend standing in front of the door, as if awaiting Darren’s arrival, was his smile, a smile that covered half his face. The second thing I noticed was the lack of a bandage or any evidence at all that he’d been struck so severely that he’d lost consciousness.

“They tell me that you suffered some anxiety over me coming into contact with that local slime,” Jimmy said, laughing out loud as he finished.

“Ah, officially, you got hit by your own surfboard,” Darren replied, a sheepish grin on his own face, wondering why he’d felt to bereft, alone and truly anxious about Jimmy’s injury.

“I got more attention than I ever hoped, and in fact, too much,” Jimmy went on, beginning to gingerly step down from the front porch steps. “They said I have to take it a bit easy for a while, but we can go to the recreational center and play pool if you want.”

“What did they tell you?” Darren asked, joining Jimmy as he walked on the sidewalk toward the center.

“Who?” Jimmy unaccountably asked. “The doctors, Colonel Bank, my dad, or the Duke?”

“I’m fine,” Jimmy said. “Minor concussion and a big bruise under my hair,” he ruffled his fingers through the hair on the left side of his head. “Lucky he didn’t hit me in the nose. I bleed easily from there.”

“What did the Duke say?” Darren asked, unable to hide the excitement from his voice.

“He said we get free use of Queens Beach and the surf anytime we want from now on,” Jimmy replied, laughing again. “We’re locals now. Too bad I didn’t get punched out a couple of years ago.”

“And Bank?” Darren asked, more pleased about the Queens Beach news than he wanted to admit. It was hard to be a Haole boy in Hawaii.

The locals charged a huge but very painfully subtle price for not being one of them. To be excluded from all of their social functions and even spoken communication, other than one-word replies or whispered insults, with such hatred that Darren never discussed it with anyone. He’d gone to grade school with many of the kids attending the same Maryknoll Academy he’d just graduated from, but the early childish friendships had all been traded in for alienated reservation by the time he’d come back to the island for high school.

“Evidently, the Queens Beach solution was his idea, although I don’t think that’ll be the end of it.  It was not like those Special Forces guys to let anything physical, like what happened to me, go by without some equally physical response on their part.”

“But why does the Army care what happens to you?” Darren asked. “You’re not even in the Army.”

“What does your dad do, really?” Darren asked, still unable to take in the massive and rapid response to Jimmy’s injury.”

“I don’t know,” Jimmy said.  “I guess it has something to do with submarines at Pearl.  Maybe your dad knows more than that.  The army is doing something with those submarines, but I don’t know what.”

Darren thought silently to himself for a few moments, as they walked.  Both boys would ride to Pearl every once and a while to collect matchbooks from the subs, but they never really talked to any of the sailors. The next time they were cruising Pearl on their bikes Darren vowed to pay attention to any submarine that might have army personnel or equipment near it.

Reflecting on secret military stuff didn’t come second nature to Darren, although Jimmy was always coming up with far-out stuff, from UFOs to mystery ghost ships sailing the oceans at night. There was no question that the army had a secret facility located in the center of the crater that was Diamond Head. Jimmy had found out about it because he’d taken pictures with his camera one Sunday when they’d been up at the top point listening to music and viewing the spectacle of downtown Waikiki below them. The developed photos, taken to a photography development place, had been deleted by the photo lab, for ‘governmental secrecy and public intervention’ purposes. That the government had somehow viewed the negatives and then found them to be problematic was a revelation in itself, but the fact that the government was willing to, through the photo development business, to say what they’d said, was even more revealing…and, in a way, threatening. Jimmy and Darren had decided, at that point, to no longer photograph military sites at all, of any kind.

That Jimmy was going to be okay and sounding much like his old self was such a relief that Darren almost couldn’t deal with it. Having a best friend had become so much to him that he couldn’t figure out how he’d gotten along for so many years without one.

The recreational facility was empty. The sergeant who cleaned and operated the place wasn’t even in attendance. Jimmy played around with the pool table for a few minutes and then made a decision.

“Let’s drive down to Queens Beach,” he said, holding the eight ball in his right hand like he was going to throw it across the room, or something.

“Okay,” Darren replied, wondering if Jimmy was in good enough shape to drive, but having no say in the decision, he knew.

The convertible was there and ready when they arrived at Jimmy’s house. The drive down to Queens Beach was uneventful, and Darren was buoyed up by the fact that Jimmy drove with his usual high-speed abandon.

There was nobody at the beach when they parked at the aquarium. As unlikely as it was, the beach was deserted. Everyone loved Queens Beach and the tourists gave the locals no end of trouble with respect to occupying it day in and day out. But there was no one on the beach and only a very few surfers sat on their boards offshore.

“What do you make of this?” Darren asked, looking up and down at the empty beach.

“Army, and all that junk,” Jimmy replied. “They probably questioned everyone to the point that nobody wanted to be around anymore.”

“You wanted to confront them again, didn’t you?” Darren asked.

“What do you want to do now?” Darren asked since either swimming at the beach or surfing would require getting suits, a board, and more.

“Let’s change and go to Sandy Beach,” Jimmy responded, a smile growing across his face.

Sandy Beach was the most dangerous beach on the island, with a shore break, waves of ten feet or more crashing down on the sand, that had killed so many military personnel that it was forbidden for them to go there. A barge had crashed on the beach many years before and it’s rusted remains also posed a hazard for swimmers. Only the most serious of local body-surfers went to the beach and almost no Haoles at all.

The drive back home was remarkable only in how short a time it took. Jimmy hit seventy miles per hour on the two-lane road, which, unaccountably, made Darren feel more comfortable with him. He knew that Jimmy was coming back from a near-death experience and he wanted to be there with him for the effort. If confronting what locals were body surfing at Sandy was what Jimmy wanted to do, then Darren was all in.