Travels to Winfield, Kansas for the Rendezvous 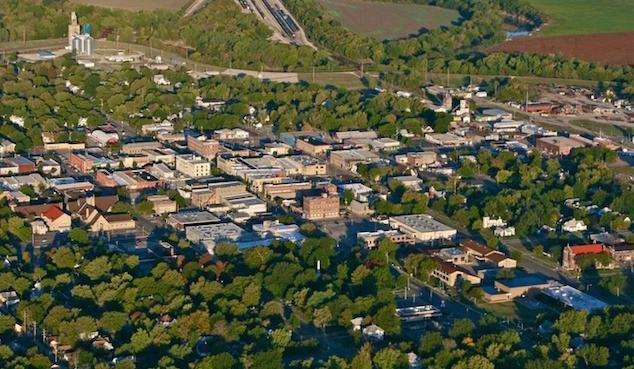 This past weekend I traveled to Winfield Kansas.

Purpose was to scout the area and assure myself and our fans this is the place for the Vietnam Combat Veteran Rendezvous in July.

Winfield is a comfortable small town, 50 miles south and east of Wichita on vis KS-15. Winfield has an interesting History. And is home of the world famous Walnut Valley  Blue Grass Festival.

Winfield, Kansas has been connected to the Military for years

The War Department took over the joint Winfield-Arkansas City Municipal Airport and built Strother Field in 1941.  All area towns were “home base” for the many US Air Force aviation cadets and their families.  At the peak of operation there were approximately 3,400 Air Force personnel and 400 civilian employees at the field.The influx of  combat veterans continued until the field was closed at the end of WWII.

In addition to Strother Field there were four auxiliary fields; northwest of Winfield, southeast of Strother Field, west of Arkansas City, and northwest of Gueda Springs. Post WWII innovations not only created a rash of new businesses in Winfield, but homes and city expansion as well. Winfield’s reputation as a music city was boosted in the November, 1945, Reader’s Digest  article called “Mad About Music”.  The catch line above the title read “If you don’t like music, stay away from Winfield, Kansas.”  The article caused a flood of letters sent from music lovers all over the world expressing a desire to visit or wanting information on the community. 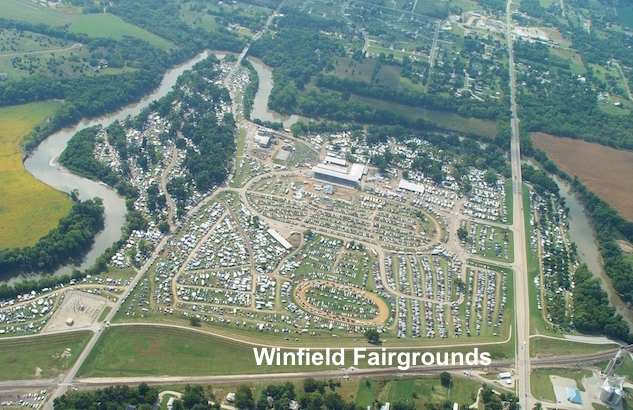 Daily fees at Fairgrounds for Camping

Campsites are available year-round. Single units and groups are welcome. Group discounts apply for camping groups of 75 or more units per day.

Groups will include, but not be limited to companies, corporations, scouting organizations, clubs, schools, and sporting event sponsors. Groups can email the City Manager’s Office, or call 620-221-5525 at City Hall, to schedule and qualify for discounted rates.

More in the Park