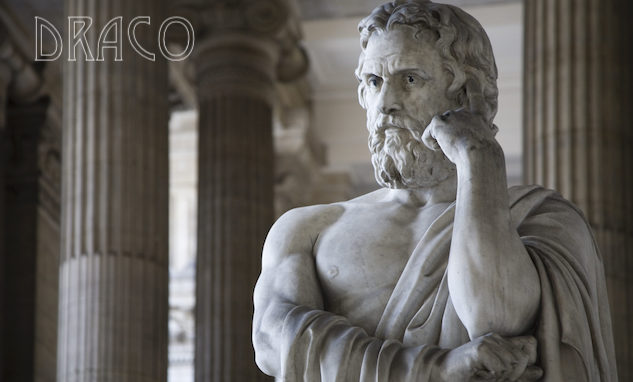 The name of a scribe in ancient Greece. His job was to assign punishments for crimes. His punishments were so severe that his name has been passed down through the ages as meaning unreasonable severity. Draconian is an appropriate word we all can use today to describe some reactions to occurrences we are witnessing in our everyday life. How do we react? How do other people, people in groups react and then, after the word draconian is assigned to the reaction, then what happens as a result?

Today, it would appear that the major U.S. airlines will begin going through the process of bankruptcy, although that word is not being used yet. You see, the airplanes they all use, from Boeing and Airbus, all require constant maintenance from about ten workers each per day. That's not going to happen since most of the planes are now sitting idle at airports around the country. Those planes will quickly become useless into the future. It takes a special, expensive and lengthy process to mothball these kinds of modern planes so they can be brought back into service. That's not going to happen. It is interesting to note that airports and airlines definitely needed to change, and anyone who has flown since 911 can attest to that. But this?

Revolution in every area, including the leadership of the USA itself, is often bandied about, but who really wants to live through the process? The airlines are a small example, but all other business is in jeopardy. There is no bailout that can save much of the American business structure if it comes to a complete halt. The bailout would have to be lengthy and probably equal to about a quadrillion dollars...and that's a thousand trillion, not 2.2 Trillion. No matter how you think about all this it is going to be interesting, as many (certainly not all) Americans begin to be able to watch it all play out across the Internet, on cell phones and watching televisions.

Draconian is the descriptive word that seems to apply to what is happening to the airlines and to the companies beyond the immediacy of these airlines, as they now, seemingly and inevitable, go through the process of dissolution.